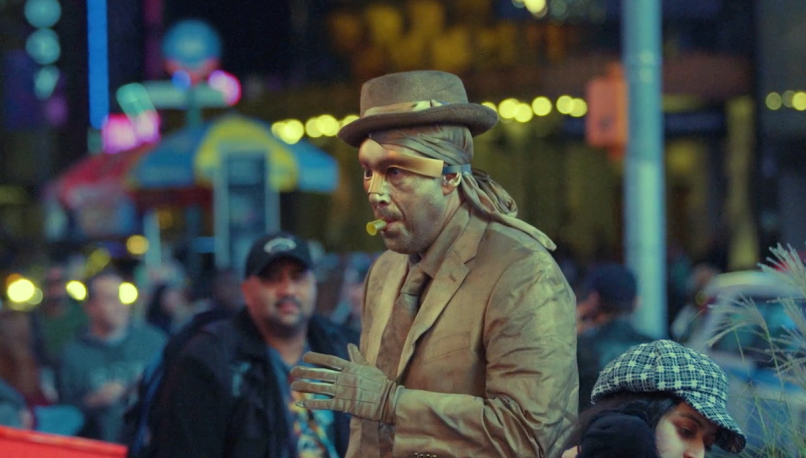 Following the success of Uncut Gems, Adam Sandler and the film’s directors, the Safdie Brothers, have joined once again to release a surprise short film entitled Goldman v Silverman.

The sixish-minute short features Sandler as Rod Goldman, a street performer in Times Square who scuffles with fellow moving statue Al Silverman (played by Benny Safdie) for full rein of the turf. Watch the full thing ahead.

The brief film comes less than a month after the premiere of Uncut Gems, the breakthrough movie written and directed by the Safdie brothers, starring Sandler. Despite rave reviews, the film didn’t pick up a single Oscar nomination. This might lead to Sandler keeping good on his word on making the worst movie he can. Don’t feel too bad for him though, his summer flick Murder Mystery was the most viewed title on Netflix last year.

(Read: The Safdie Brothers on Quoting Adam Sandler and Being Saved by Scorsese)

Listen to Uncut Gems composer Daniel Lopatin discuss his collaboration with Sandler and the Sadfie Brothers on a recent episode of This Must Be the Gig.