Plus, Gilmore Girls star Liza Weil has joined the cast 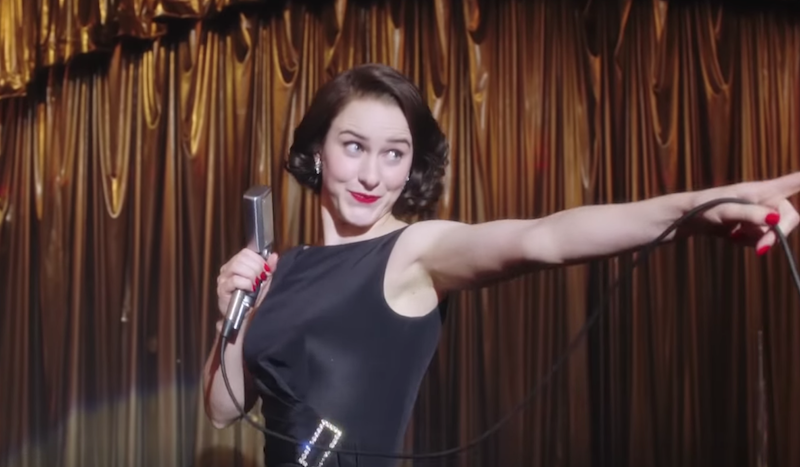 Midge Maisel is seemingly getting her big break.

Amazon Prime will premiere the third season The Marvelous Mrs. Maisel on December 6th. Today, the streaming platform has shared a new trailer that gives viewers a glimpse of our star comedian’s new life on the road, along with a surprise or two.

Soundtracked by the Cabaret tune “Perfectly Marvelous”, the two-minute glimpse finds Midge (Rachel Brosnahan) out on tour with pop singer Shy Baldwin (Leroy McClain) and her manager pal Susie (Alex Borstein) in tow. Blazing through military bases, Las Vegas gambling rooms, and endless hotels, the season seems to hone in on Mrs. Maisel’s highs and lows of budding stardom. Back home, Joel (Michael Zegen) waits for her return, while parents (Marin Hinkle and Tony Shalhoub) try to get a grip on their daughter’s growing success.

While the trailer is packed with familiar faces, it also gives a quick look at a new one. A little more than a minute in, we see an unnamed character played by Gilmore Girls star Liza Weil.

Helmed by Amy Sherman-Palladino and her husband Dan Palladino (also both known for creating Gilmore Girls), the series has been a runaway hit since its debut in 2017. In a mere two years, it’s racked up 16 Emmy Awards, three Golden Globes, five Critics’ Choice Awards, two PGA Awards, a WGA Award, and a Peabody Award. Watch an episode and it’ll be clear that nothing can hold this quick-witted show back.

Watch the official trailer for The Marvelous Mrs. Maisel below.