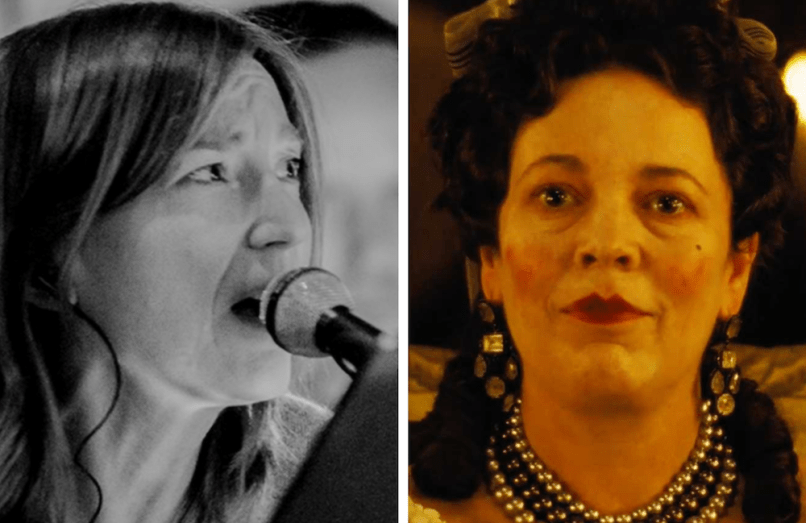 Fresh off award-winning performances in Fleabag and The Favourite, actress Olivia Colman has now moved onto her next project and it involves… Portishead.

Colman has contributed to Got It Covered, a new star-studded charity covers album curated by the BBC. For the 11-track effort, Colman specifically tackled Portishead’s “Glory Box”, one of the many highlights off the Bristol band’s seminal Dummy album. Dummy celebrated its 25th anniversary just this past August.

The London-based Colman is joined on the album by other famous British faces like Helena Bonham Carter, who puts her spin on Joni Mitchell’s “Both Sides Now”, and Yesterday actor Himesh Patel, who reworks The Killers cut “All These Things That I’ve Done”. Additionally, Doctor Who stars David Tennant and Jodie Whittaker cover The Proclaimers and Coldplay, respectively.

According to the BBC, Got It Covered was recorded at the legendary Rak and Abbey Road Studios in London under the guidance of producers/songwriters Guy Chambers and Jonathan Quarmby. The album officially arrives November 1st and sales will benefit the charity Children in Need. Pre-orders are ongoing.

While we await Queen Anne’s rendition of “Glory Box”, check out Whittaker’s update on Coldplay classic “Yellow” below, followed by a BTS teaser video for the album.

Got It Covered Artwork: