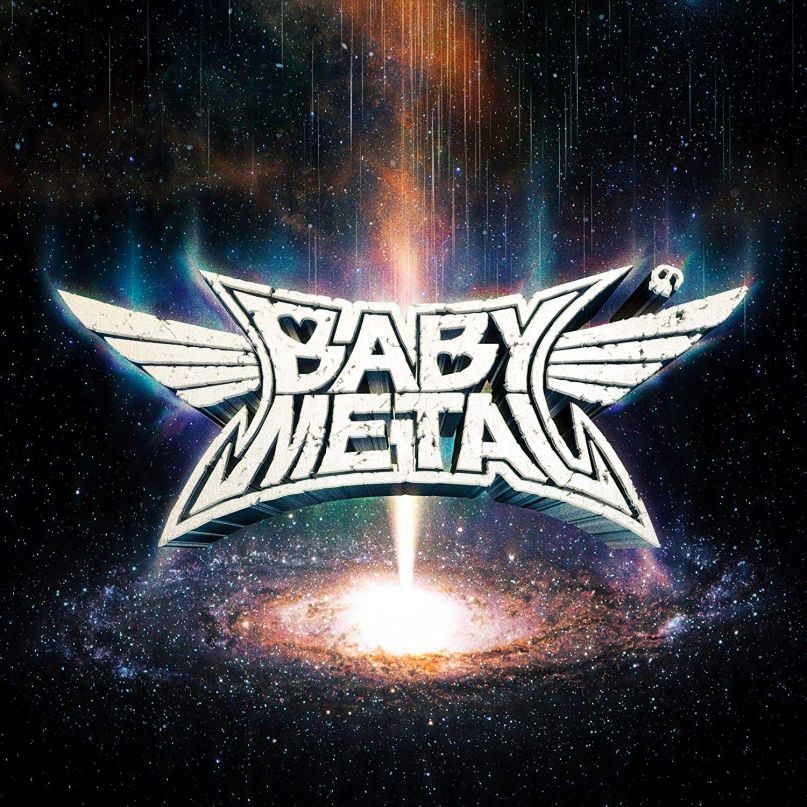 The Lowdown: BABYMETAL are a fascinating anomaly in the world of music. The Japanese pop-metal band took the world by storm with their self-titled debut LP, featuring the catchy and bombastic single “Gimme Chocolate!!” Along with their sophomore effort, Metal Resistance, BABYMETAL have continuously displayed a solid balance between pop catchiness and aggressive instrumentation.

That said, the band’s latest release, Metal Galaxy, takes that balance to a whole new extreme; with their third studio LP, BABYMETAL present their heaviest and most exhilarating work to date. The album also marks a new chapter in the world of BABYMETAL, as one of their three founding singers, Yuimetal, parted ways with the band last year.

“DA DA DANCE” emits vibrant electronic glitches that play off the vocals, while the drums add to the track’s adrenaline. The instrumentation as a whole provides a consistent delivery of pulse pounding joy. “Elevator Girl” involves more guitar work, offering a low-tune grindy rhythm underneath the rainbow-beaming vocals. The drum and bass work add a slight grimy texture to the track, allowing for a unique fusion of sounds.

“Shanti Shanti Shanti” provides a riveting melody utilizing electric guitar and sitar; while it’s a quality heard throughout the record, the vocals harmonize wonderfully with the instrumentals. “Oh! MAJINAI” (featuring Brodén) offers a Viking-esque party in its presentation — the drum beat, accordion, and light guitar djent are viciously entertaining and powerful enough to get one up and dancing. Compared against the album as a whole, “Brand New Day” scales back on aggression, delivering a relatively mellow flow of electronic elements and guitar playing.

The Bad: At times, even though the instrumentation involves plenty of heaviness, there are a few cuts that aren’t super “metal.” Fans who prefer the heavy side of BABYMETAL may skip a couple cuts along the way.

The Verdict: Each track throughout Metal Galaxy is bound to catch listeners by surprise. From the creative songwriting to the engaging performances, Metal Galaxy is certainly out of this world. With its awesome blend of musical styles, all infused with some form of metal aggression, this record is BABYMETAL at their most adventurous.