Plus, the band announces concert residences in Chicago and St. Paul 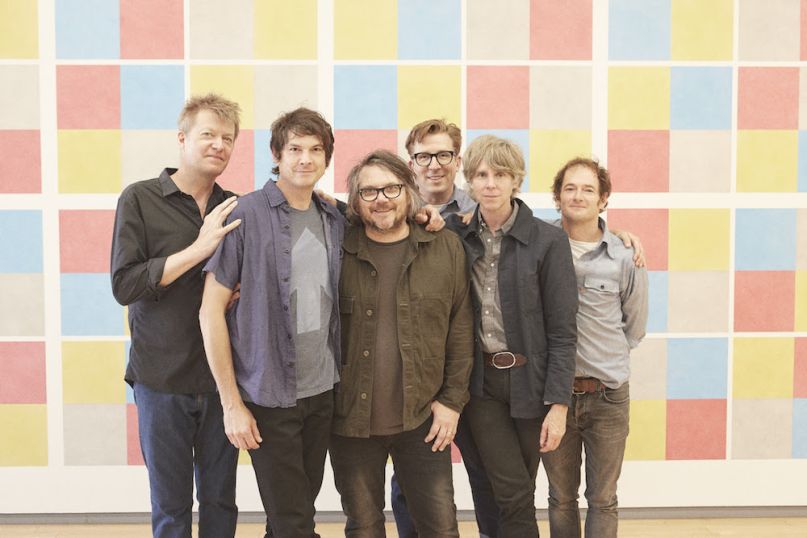 Wilco are less than a month from the release of new album Ode to Joy. Following July’s stellar single, “Love is Everywhere”, the band is now teasing with a track dubbed “Everyone Hides” and an especially rare kind of music video. Wilco have also announced a new series of concert residency tour dates.

As its title suggests, the new song is about the way in which people go about concealing different sides of themselves. Its accompanying clip helmed by Picture Show Films plays around with this theme, as it shows Wilco enjoying a few rounds of Hide-and-Seek in Chicago.

In a statement, frontman Jeff Tweedy talked about the “Everyone Hides” visual, and its special place in the group’s catalog,

“‘Everyone Hides’ is the first promotional video to feature Wilco as a living breathing band of humans in close to 20 years,” says Jeff Tweedy. “Maybe for obvious reasons we’ve avoided putting ourselves forward in this way and have tried to play to our strengths musically or, I don’t know, maybe we’ve just been lazy… Or suspicious of expenditures outside of our focus on album making. For whatever reason this time around we just said f**k it and had a blast.”

Wilco’s new concert residencies take place late November through early December at the Palace Theatre in St. Paul and the Chicago Theatre. Tickets go on sale September 20th. You can find tickets to all of Wilco’s upcoming dates here.

Check out “Everyone Hides” below, followed by Wilco’s full tour schedule. Ode to Joy is officially out October 4th.