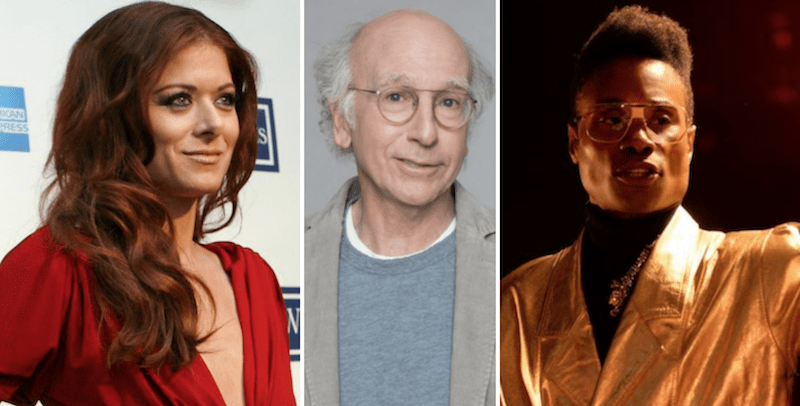 Well, it’s finally happened: the House of Representatives is moving forward with an impeachment inquiry against Donald Trump. Perhaps unsurprisingly, it was the POTUS’ own mouth that finally pushed Speaker Pelosi towards impeachment, and not the painstaking work of Robert Mueller’s now somewhat infamous report. While the Mueller Report won’t be credited with leading to the President’s potential comeuppance, it will serve as the basis for the next project from Larry David.

The Curb Your Enthusiasm mastermind will star as The Narrator in a new scripted live reading of the Mueller Report set to take place in Los Angeles next month. Dubbed You Can’t Make This Sh*t Up, the star-studded show from TV writer/producer Janis Hirsch (Will & Grace, Fraiser) and veteran theater producer Suzi Dietz will take place on October 21st at the Saban Theater (via The Hollywood Reporter).

You Can’t Make This Sh*t Up is a fundraising effort put on by former US Senator from California Barbara Boxer and entertainment executive Lindy DeKoven. Proceeds will benefit Boxer’s PAC for a Change, which seeks to maintain a Democratic majority in the House, elect a similar majority in the Senate, and defeat Trump in 2020. Of course, voter registration opportunities will also be present at the venue.

“We’re so grateful to have this wonderful group of actors join us at this event,” said DeKoven. “It’s going to be a really entertaining and fun night, but also an important one. We’re looking to educate, inform and entertain that night. We want people to feel excited and enthused to be able to affect change.”

Tickets are priced at $25, and you can check for more information at the Saban website.