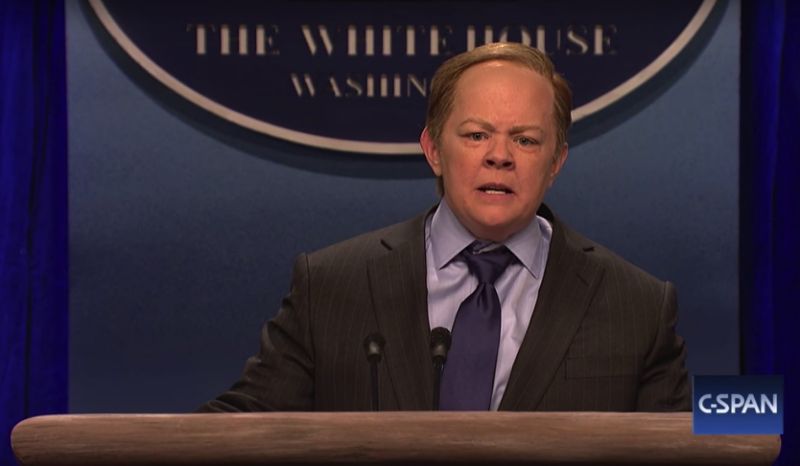 America loves a redemption story… even for its most vile and undeserving of characters. As such, former White House disinformation czar Sean Spicer has been awarded a spot on the upcoming season of ABC’s reality competition Dancing With the Stars.

Spicer is not the first Trump staffer to compete on Dancing With the Stars; former Texas Governor and current Secretary of Energy, Rick Perry, was a contestant on season 23 back in 2016.

Update: In a statement, Dancing With the Stars host Tom Bergeron expressed disappointment over Spicer’s casting. “A few months ago, during a lunch with DWTS’ new executive producer, I offered suggestions for season 28. Chief among them was my hope that DWTS, in its return following an unprecedented year-long hiatus, would be a joyful respite from our exhausting political climate and free of inevitably divisive bookings from ANY party affiliations. I left that lunch convinced we were in agreement,” Bergeron wrote. “Subsequently (and rather obviously), a decision was made to, as we often say in Hollywood, ‘go in a different direction.'”

Some thoughts about today pic.twitter.com/aCQ4SHrGCI