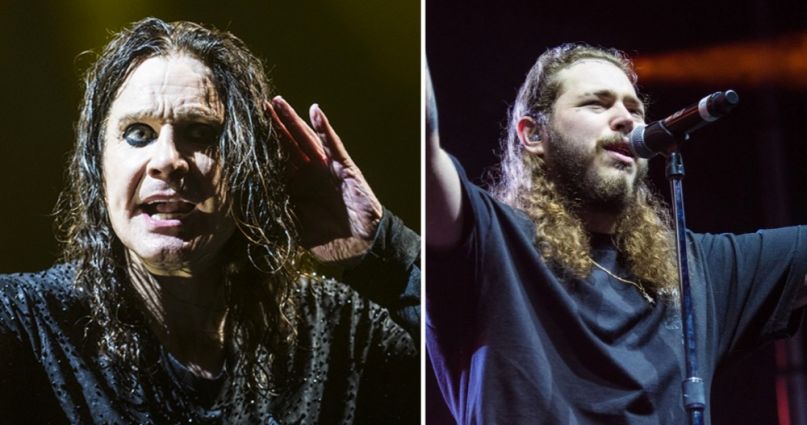 Post Malone and Ozzy Osbourne are now collaborators. On Friday, the New York rapper shared a list of featured guests for his previously announced third album, Hollywood Bleeding, and among the names is The Prince of Darkness. Update: You can now listen to the song, “Take What You Want”.

The inclusion is surprising for myriad reasons, though particularly for his health. If you recall, the 70-year-old veteran rocker has been recovering from flu complications and a hazardous fall at home that resulted in spine and neck surgery. In fact, the injury forced him to cancel his spring North American tour, and all other remaining 2019 shows, so seeing him pop up now is curious at the very least.


Alas, Osbourne is in good company. He joins a star-studded roster that also includes Travis Scott, SZA, Swae Lee, Future, Meek Mill, Young Thug, Halsey, and Lil Baby. Christ, could you imagine the green room with all of that talent together?

A week after the album’s release, Post Malone will launch his 29-date “Runaway Tour” with support from Rae Sremmurd’s Swae Lee. Get tickets to all of the upcoming dates here.