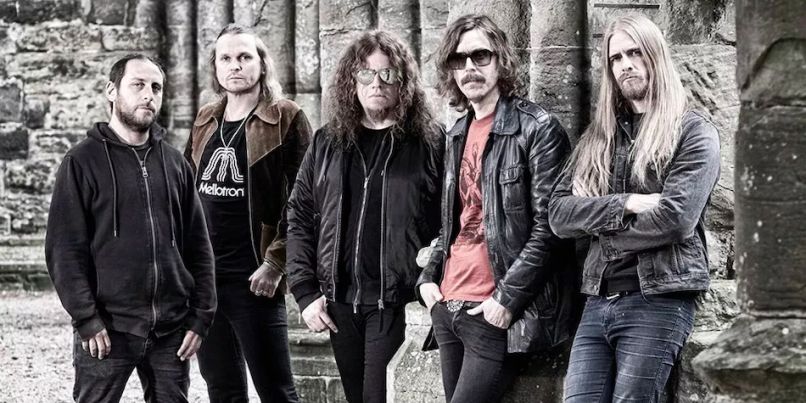 Opeth have revealed the release date for their upcoming album, In Cauda Venenum. They’ve also unleashed the first full song from the LP.

The veteran Swedish prog-metal band’s 13th album will arrive on September 27th. As previously reported, the LP will be released in two versions: Swedish and English.


The first single, “Hjärtat Vet Vad Handen Gör” / “Heart In Hand” was previewed with a brief snippet in a tour trailer last week. The full Swedish and English versions of the eight-minute song are now presented back to back in the trippy visualizer below.

Of the song, frontman Mikael Åkerfeldt said, “‘Hjärtat Vet Vad Handen Gör’ or ‘Heart in Hand’, as it’s called in English, is one of the first couple of songs I wrote for In Cauda Venenum. I immediately knew that it would probably be favored by ‘the powers that be’ when talks of future singles for the record would commence.”

He added, “I guess it’s one of the more straightforward songs on the album. A rather rocking little thing. It’s got one of the ‘happy mistakes’ in it, too. Mendez’s bass broke down in the middle of recording. At the time he played an old Hofner Beatles-esque bass guitar that started humming real bad, but it sounded so good we immediately decided to keep it in there.”

Pre-orders for In Cauda Venenum are available in various bundle packages at this location, or digitally here (English) or here (Swedish). Opeth currently have a number of summer European festivals scheduled, as well as a headlining appearance at Psycho Las Vegas on August 18th. In September, the band will embark on a European tour, followed by dates in Japan and Australia. See their full itinerary here.