Oliver Stone wants Vladimir Putin to be his daughter’s godfather

The veteran filmmaker also throws his support behind a controversial, homophobic law 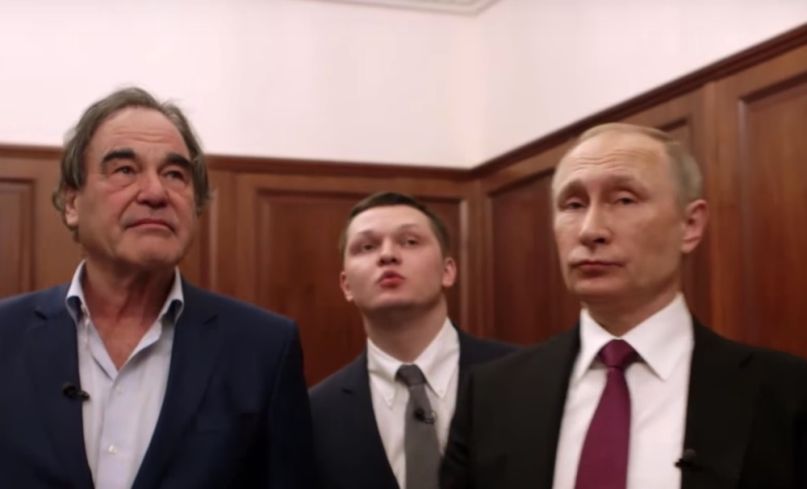 Oliver Stone continues to sell out his roots. As The Daily Beast reports, the former cutthroat filmmaker of 2017’s The Putin Interviews has asked nightmare fuel President Vladimir Putin to be the godfather of his 22-year-old daughter. Oh, and it gets worse.

When Putin asked, “Does she want to become an Orthodox Christian?” Stone spoke on her behalf, adding, “We’ll make her that [Orthodox].” Hell, as The Daily Beast points out, even a scumbag like Putin felt uneasy, saying, “You have to ask her.”

From there, Putin listened to Stone digress on all sorts of bullshit, particularly his woes with “American culture” and its focus on gender identity. He even referenced a 2013 Russian law banning “homosexual propaganda” among minors, adding, “It seems like maybe that’s a sensible law.”

The irony is that the filmmaker who’s built a resume on the government turning a blind eye on its people is doing the same thing with said law. As The Daily Beast notes, the law has since been attributed by experts to widespread homophobic violence.

Stone’s comments are part of a transcript that was released by the Kremlin on Friday. The conversation between the filmmaker and Putin actually took place in mid-June, shortly before he announced the premiere of his new documentary, Revealing Ukraine.

The documentary is the latest offering from Stone, who continues to argue that the 2014 Ukrainian revolution was a CIA plot. Of course, much of his insight continues to stem from either pro-Russia politicians, Putin allies, or, you know, Putin himself.