Hawkins FamilyVideo's best looking employee gets real with some psych-pop 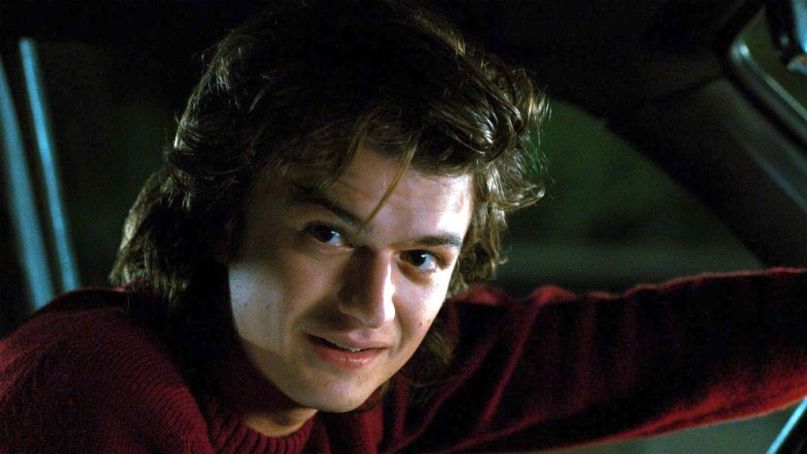 Joe Keery has returned with more music. No, not Post Animal. Instead, the Stranger Things star — ahem, Steve “The Hair” Harrington — has created a new moniker for himself. He’s going by Djo, and he’s released the first single under Djo called “Roddy”.

Those hoping to hear the vintage sounds of the ’80s need to check their watches. It’s 2019, not 1985, and Keery is looking ahead with this bubbly chunk of psychedelic pop. It squonks. It grooves. It plods along. But it’s chewy as hell.

If anything, it’s an extension of his work with Post Animal, only with a sugary dose of The Voidz. That is, if the Voidz were able to eek past their jerry-rigged production and circle back to Phrazes for the Young-era Casablancas. Like those references?

Well, then try this Members Only jacket for size.