Zola is a baby seal who can sing the Star Wars theme song: Watch 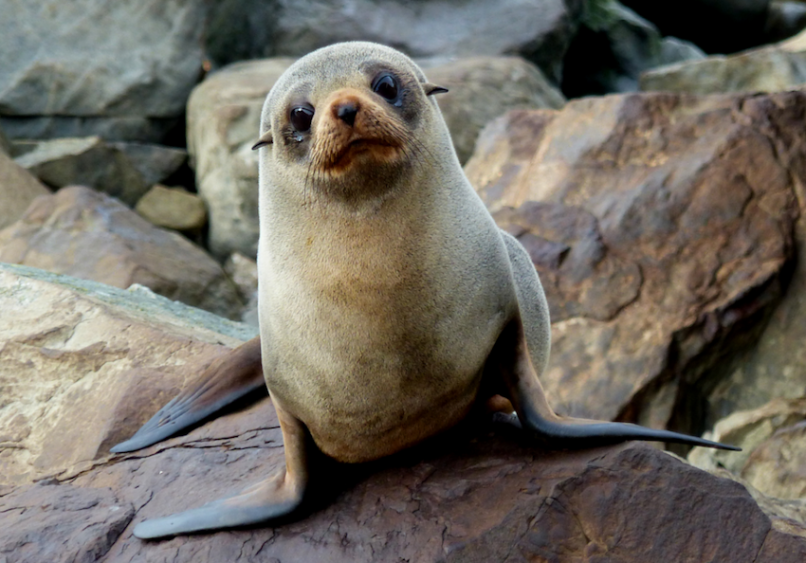 Seal isn’t the only mammal who can sing. Researchers at Scotland’s University of St Andrews have taught an actual seals to “sing” catchy tunes, including parts of the Star Wars theme song and “Twinkle Twinkle, Little Star”.

While earning her Ph.D. at the university, Amanda Stansbury worked with three juvenile gray seals — Zola, Janice, and Gandalf — to see if they could imitate new sounds. Turns out they can. According to NPR, she did so by recording the seals making their natural sounds, pitching the notes up or down, and playing the altered recordings back to the seals. “The seals learned that, hey, if I make the same noise back, I’m going to get a fish,” she explained.

(Read: John Williams is the Greatest Film Composer of All Time)

“The first time that you hear them actually imitate something recognizable back, it just blows you away,” Stansbury said. That’s the fun of it, after all, and thankfully we can all partake in it thanks to Stansbury. The University of St Andrews released a video compilation of the seals singing a few tunes. It’s Zola who steals the show, though, with her barked version of the Star Wars theme. Watch it below.

Apparently the only reason Stansbury didn’t try to get the seals to sing longer melodies is because there wasn’t enough time. The seal pups had to be released into the wild after a year of research. After that, she herself left to be a zoo area supervisor at the El Paso Zoo in Texas.

The Star Wars melody heard in the clip is the longest string of notes a seal sings in the video — tallying up to seven notes in total. Perhaps it’s possible for Zola to recall because John Williams has a way with memorable compositions. After all, there’s a reason practically anything John Williams writes, especially his Star Wars material, is so catchy and unforgettable.

Mark Hamill himself took to Twitter to share the video and nod to John Williams’ role in the magic of Star Wars. He wrote, “Another royalty for John Williams.”

According to Stansbury, no monetary trade will go down. “Unfortunately, we don’t have any income coming in from this,” she said. “The seals might be able to share some of their fish while they’re out there, back in the wild. That’s about the only royalties we’re going to have for John Williams.”