Ahead of the K-pop boyband's upcoming US tour 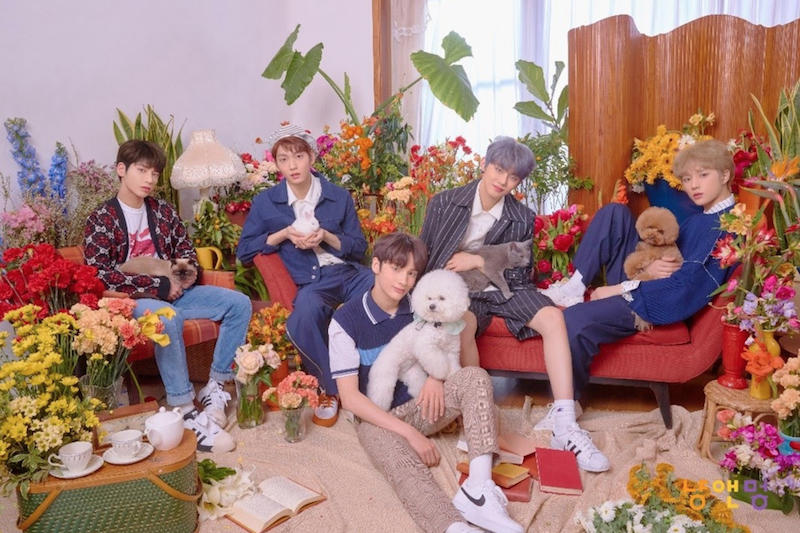 TOMORROW X TOGETHER are the latest K-pop stars to come out of the Big Hit Entertainment management house (the same company that brought us BTS). When they dropped The Dream Chapter: STAR back in March, it landed at No. 140 on the Billboard charts, the highest-charting debut effort from a freshman act in the exploding genre. Now, just a week out from their forthcoming US tour, they’ve shared an English version of the EP’s new single “Cat & Dog”.

Translating lyrics is rarely a precise or pretty undertaking, as syllables and meanings change drastically between languages. For example, how’s this for a hook?: “I don’t wanna be just friends/ It’s no coincidence/ It’s a kitty-incidence.” That ridiculous portmanteau doesn’t seem to exist in the original version, where “It’s a kitty-incidence” is actually a different English line, “Can I be your pet?” Seems it’s easy to interpolate English into Korean lyrics then it is to straight translate the latter into the former.


(Read: 10 K-pop Idol Groups That Will Make You Swoon)

But at least English-speaking fans can now have a generally better understanding of the lyrics. The new version comes with an accompanying video that’s largely the same as the previously revealed Korean video for “Cat & Dog”. A few close-ups look to have been re-shot, though all the animated animal ears still remain. Check it out below.

TXT’s US tour is already sold out, but you can still find tickets here.