Hoppus also says an anniversary show of The Mark, Tom and Travis Show is "a fantastic idea" 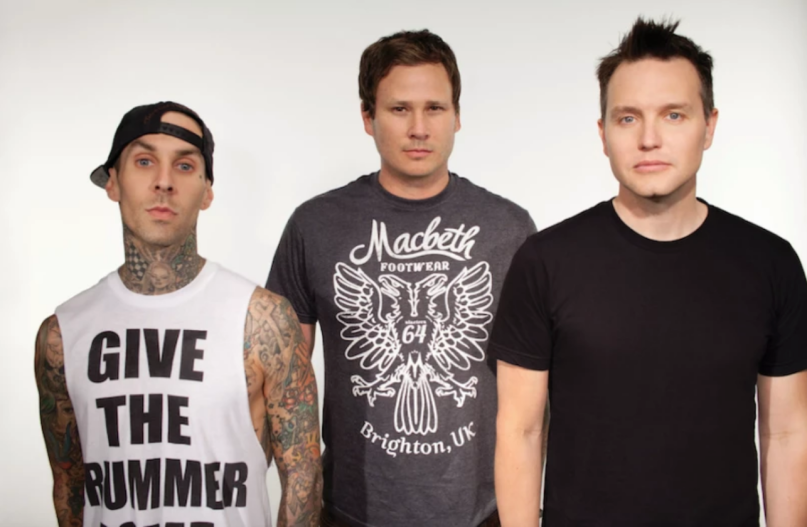 Things haven’t quite been the same in Blink-182 without Tom DeLonge. Since he left in 2015, the band pulled Matt Skiba in as a replacement, released the fun but over-produced California, and have shared new song “Blame It on My Youth” from an upcoming album due later this year. Meanwhile, DeLonge has been relaunching Angels & Airwaves and looking for aliens.

When the split happened in 2015, it seemed like things had soured to a point of possible no return. DeLonge broke the news over email through his manager. Mark Hoppus and Travis Barker said DeLonge was “disrespectful and ungrateful” for backing out of prior commitments to record a new album.


In a new interview with San Diego radio station 91X, DeLonge confirmed not just that he wants to rejoin Blink-182, but that he has discussed doing so with Hoppus and Barker, both of whom are on board. You know, the much-needed confirmation that it’s not just a one-sided idea.

“For me, it’s funny. When I was starting all this stuff, and working with people in the government, I couldn’t tell those guys,” DeLonge said. “So they didn’t know, and that’s one of the reasons that they got so upset I think. They were, like, wanting to go and record and I was just like, ‘…Not right now. I’m doing something.’ This was when the whole meltdown happened, like ‘Tom quit!’”

The biggest quote came shortly after, though, where he confirms everybody is on board for the reunion. “It hit the press last week I think that yes, everybody, I will play with Blink again,” he noted. “That’s the whole plan. I talk to Travis all the time, and I talked to Mark just the other day and we’re always discussing what makes sense and when.”

Let’s hope they stay together for the kids for real this time. See the full interview below.

No details of when or how this reunion will shape up are available quite yet. That said, a fan asked Hoppus if the band would consider doing a reunion concert for the live album The Mark, Tom and Travis Show, complete with the iconic jokes and stage banter. His response? “That’s a fantastic idea.”

Meanwhile, the Tom-free version of Blink-182 are going on tour this summer. The co-headlining tour with Lil Wayne sees them on the road for nearly six months straight. If you’re interested in going, check out the full list of tour dates and grab a ticket. If you’re lucky, maybe they will play Enema of the State in full like they did this past April.