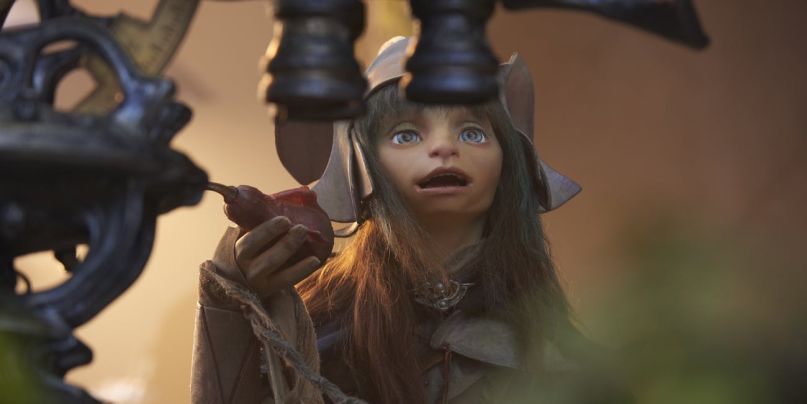 After two long years, the wait is nearly over.

Netflix has announced that The Dark Crystal: Age of Resistance will bow on August 30th. To drum up hype, the streaming giant has shared a collection of photos that preview the 10-episode prequel series to Frank Oz and Jim Henson’s 1982 cult classic.

Needless to say, the Jim Henson Creature Shop delivered, and their designs for our three Gelfling leads in Rian (Taron Egerton), Brea (Anya Taylor-Joy), and Deet (Nathalie Emmanuel) are fantastic.

Even more striking is the palpable world at large. Below, you’ll also see glimpses of The Scroll-Keeper, The Scientist, and an elaborate Skeksis banquet. It’s most impressive.

The Scroll Keeper in The Dark Crystal: Age of Resistance (Netflix)

The Scientist in The Dark Crystal: Age of Resistance (Netflix)

A Skeksis Banquet in The Dark Crystal: Age of Resistance (Netflix)

As previously reported, the series will combine puppetry with CGI under the eye of The Incredible Hulk’s Louis Leterrier and Brian Froud, the original film’s conceptual designer.

Once again, here’s the synopsis:

The world of Thra is dying. The Crystal of Truth is at the heart of Thra, a source of untold power. But it is damaged, corrupted by the evil Skeksis, and a sickness spreads across the land. When three Gelfling uncover the horrific truth behind the power of the Skeksis, an adventure unfolds as the fires of rebellion are lit and an epic battle for the planet begins.

Revisit the teaser trailer below.