Casey Bloys: "We're trying to do things that feel distinct — and to not try and re-do the same show" 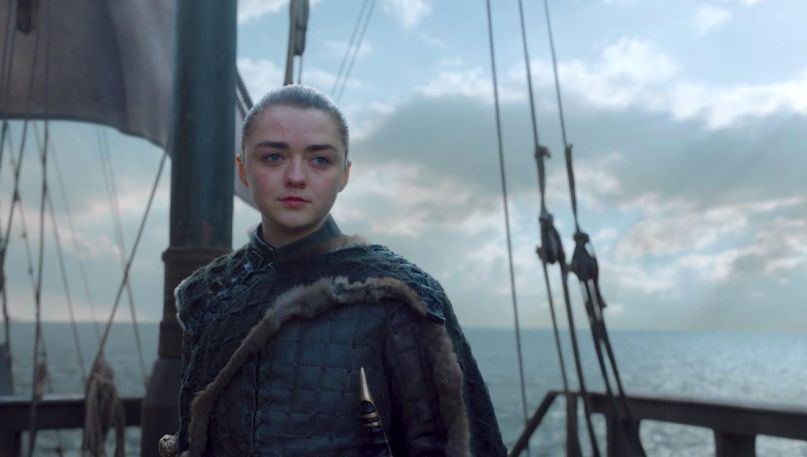 Arya in Game of Thrones

After eight seasons, the epic television saga that is HBO’s Game of Thrones has finally wrapped following this Sunday’s debatably underwhelming finale, which capped off a six-episode run marred by heavy fan criticism. Now, our watch has ended — that is, until the three successor series currently in development make it to air. In a recent interview, The Hollywood Reporter spoke (or at least attempted to) with HBO’s tight-lipped programming president Casey Bloys to discuss what fans can and shouldn’t expect from any GoT spin-offs.

Bloys confirmed that a pilot for one of the shows — most likely Jane Goldman’s prequel set 5,000 years in the past — will begin in June, and that two others are in the writing stages of development. He also explained that the channel is “not actively looking or going beyond what we’ve got in the current pilot” and offered evasive answers when pressed about timelines or whether HBO would even sign on for three more GoT-inspired shows.

Perhaps most notably, the executive confirmed that there will be no direct sequels to Game of Thrones, nor is he interested in pursuing the stories of existing characters like Arya Stark and her west of Westeros’ adventures. He explained,

“Part of it is, I do want this show — this Game of Thrones, [D.B. Weiss and David Beinoff]’s show — to be its own thing. I don’t want to take characters from this world that they did beautifully and put them off into another world with someone else creating it. I want to let it be the artistic piece they’ve got. That’s one of reasons why I’m not trying to do the same show over. George [R.R. Martin] has [a] massive, massive world; there are so many ways in. That’s why we’re trying to do things that feel distinct — and to not try and re-do the same show. That’s probably one of the reasons why, right now, a sequel or picking up any of the other characters doesn’t make sense for us.”

Bloys also pushed back against the idea that Game of Thrones’ poorly received final season would affect anything in Goldman’s upcoming program:

“There’s no scenario where Jane saw the episode and said, ‘Oh, I better change this, that or the other thing.’ We’re trying to have a show that feels like its own show within the universe but we’re not trying to replicate the same show. It’s not the same characters, it’s not the same dynamics. It’s not like we’re taking the existing show and saying, ‘X, Y and Z worked, so let’s do that.’ It’s a different writer, creator and different feel and different world. There’s nothing we’re taking from this season and applying it to that by any means. … Some people felt that [it was rushed] and some people didn’t. There is nothing I’m going to take from this season and apply it to successor shows. That’s now how I look at it.”

Goldman’s series is set to star Naomi Watts alongside Naomi Ackie, Denise Gough, Jamie Campbell Bower, and others. If the pilot lands successfully, we might see it hit airwaves as soon as 2020.