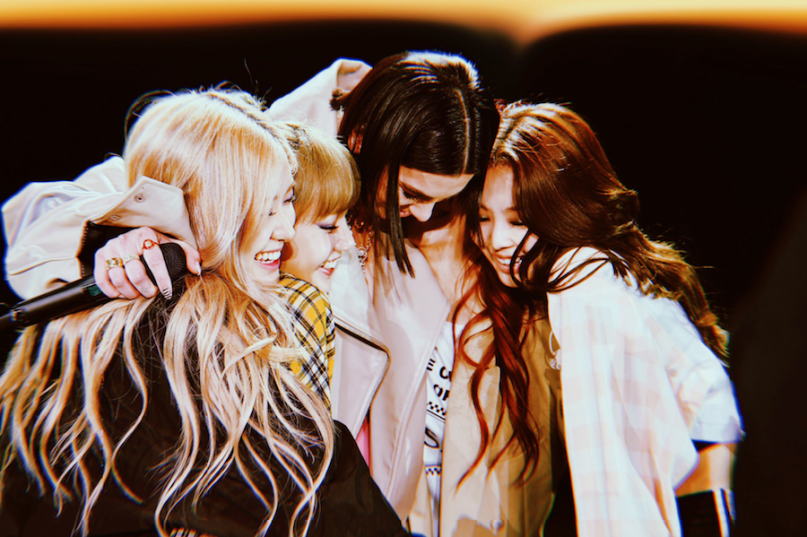 Sometimes the only thing better than seeing an international artist live is seeing their intercontinental collaboration come to life in real time.

Last night, K-pop group BLACKPINK performed a sold-out headlining show at Newark’s Prudential Center. While the set saw plenty of noteworthy moments, like a cover of Zedd’s song “Clarity”, it was a surprise guest appearance that stole the show.


(Read: 20 Essential Acts to Catch on Tour This Spring and Summer)

Near the end of their set, BLACKPINK brought out the GRAMMY-winning pop star Dua Lipa for a live performance of “Kiss and Make Up”, their collaborative song from 2018. It marked the first time ever the two had performed it together live.

While no professionally shot video of the performance has surfaced online yet, there are several fan-shot videos online. Check out a clip below, or see more short snippets on Twitter.

Speaking of Twitter, Dua Lipa took to social media after the show to share a message of support, saying, “I have so much love for these girls and for our friendship.”

BLACKPINK are currently touring behind their new album, Kill This Love. (Get your tickets here.) If you can’t catch them on this tour, then don’t feel bad. You can just watch their live performance of the album’s title-track on the Late Late Show with James Corden. It’s almost the same thing, right?