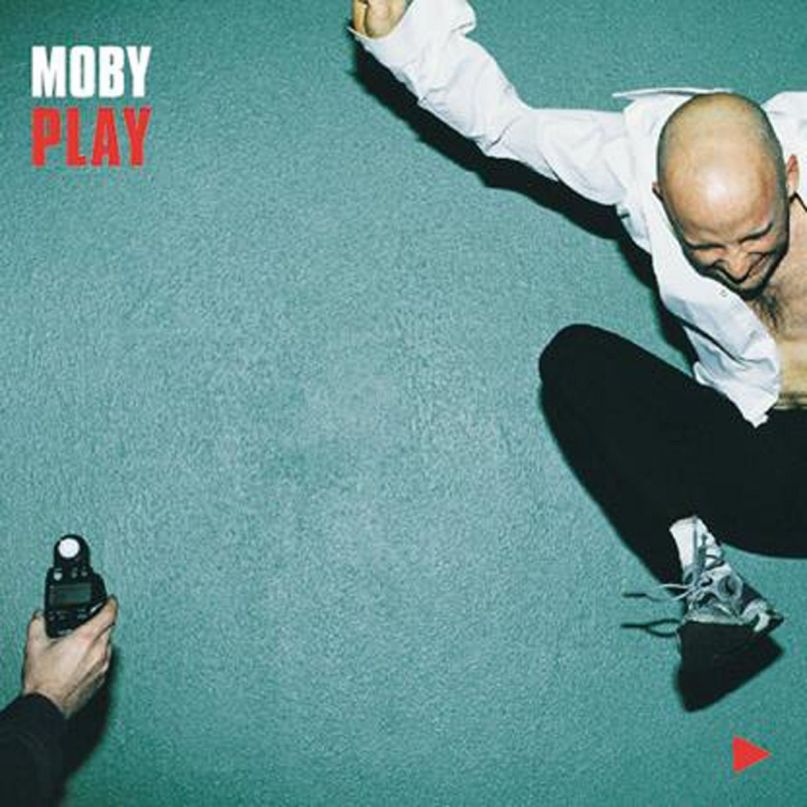 Ten years after the release of Moby’s fifth studio album, Play, the producer and musician provided Rolling Stone with a track-by-track breakdown. His commentary is well worth reading. The EDM pioneer makes his postmodern opus of blues and beats sound more like a happy mistake than a calculated comeback. After the commercial and critical failure of his 1996 studio album, Animal Rights, he can’t be blamed. (Note: Animal Rights is a severely underrated album.) The biggest highlight of the piece revolves around the album’s 14th track, “Everloving” — a delicate instrumental anchored by arpeggiated acoustic guitar and lilting piano streams:

This still makes me laugh. I recorded a rushed demo to cassette. I could never mix it in a way I was happy with, so I just ended up using the cassette demo on the album. If you listen to it, there’s hiss, there’s tape warble. It’s probably one of the only songs on a 10-million-selling record recorded to cassette. And what’s funny is that it’s been licensed. Oliver Stone used it in a movie, it’s been in a couple really big movies. And every time I hear it in a huge movie, I think to myself, “This is just a crummy demo on cassette.”

Oddly enough, that description could stand as a thesis for what makes Play an immaculate pop album, let alone an entry point point into electronic-based music. But the record’s cultural narrative tends to bizarrely revolve around its licensing for movies, car commercials, and beyond. It’s an important narrative that weighs the what more than the why. Yes: American Express, Galaxy, Bailey’s Irish Cream, and Rolling Rock were all responsible in making Play the subliminal soundtrack of the passing millennium. And as Moby alludes in the quote above, Oliver Stone’s 2000 football drama, Any Given Sunday, used the gentle thrum of “Everloving” to punctuate its melodramatic tension.

So credit where credit’s due: any album that can eventually license every track, let alone 18 of them, is a commercial feat — especially given that the album soft launched with minimal radio support. (Moby infamously played its release at the Union Square Virgin Megastore as people shopped for Backstreet Boys’ Millennium.) But this was an album from the same man whose previous record was called I Like to Score, a 1997 compilation of music composed for film and TV. Before Play, Moby’s intricate beats and moody synths had graced James Bond intros, Scream soundtracks, and a Joy Division cover for Michael Man’s seminal 1995 thriller, Heat (the track “God Moving Over the Face of the Waters” also played throughout the film’s climax). In other words, Moby and his managers weren’t new to the licensing game. Nor were most electronica musicians — even EDM footnotes like Telepopmusik and Dirty Vegas would be immortalized in car commercials, a ubiquitous destination for the genre. Play wasn’t exempt from this trend: Nissan licensed “Run On” and Volkswagen, among many others, and snagged “Porcelain”.

But what made — and makes — Play special is how little it sounds like any electronica album. Take a brief sample of the biggest techno and electronica heroes before Play’s release in May 1999: Underworld, Tricky, Aphex Twin, Chemical Brothers, Daft Punk, Prodigy, Air, Orbital, Basement Jaxx. Whether diving into breakbeat, disco, or trip-hop, this was music designed to shed the analog imperfections of hand-played instruments. It was weird and perfect by plasticine design — an uncanny audio valley of algorithmic samples and binary textures. Any retro samples these musicians peppered throughout their tracks only highlighted that tonal disparity. It was music designed for Michael Bay car chases, catwalks, and people to dance to in Berlin warehouses.

But as Moby states above, he had no hesitancy about using a “crummy” cassette demo full of warbles and hisses. And those creaks, cracks, and worn imperfections add a warmth and humanity to Play that elevate it above genre. The majority of that vinyl grit comes from the 1993 box sex Sounds of the South: A Musical Journey from the Georgia Sea Islands to the Mississippi Delta, which Moby incorporates extensively throughout Play. Sounds began in 1959 when Atlantic Records sent ethnomusicologist Alan Lomax into the South to collect a series of field recordings. The resulting eight records capture a guttural snapshot of blues, gospel, hymns, and folk.

Those elements are more than samples in Moby’s deft hands. They’re the foundational melodies and structures for the first half of the album. Tracks “Honey”, “Find My Baby”, “Rushing”, “Natural Blues”, “Why Does My Heart Feel So Bad?”, and “Run On” revel the most in those roots, as drum machines, synths, and slide guitar dovetail with each yesteryear vocal hook. The effect is like looking at a sepia-tone picture of a Tesla, a bridge between past and future where every element congeals into a gorgeous new whole instead of a jagged buffet of novelty.

But diversity marks more than those pop-structured entries. The back half of the album, starting at “Down Slow”, constitutes a decompressed after party, embracing the ambient sweet tooth that marked Moby’s early library. The spoken-word poetry of “If Things Were Perfect” ebbs into the aforementioned “Everloving”, a downbeat and melancholy respite. Even the sample-less “Inside” — or as Moby describes it, a song that’s like “being in a K-hole” — gels with the album, as a lone piano skirts around washes of synth. At 63 minutes, Play could well be a double album, but the lineation of two halves would rob the weird, experimental journey curated here.

The concluding experience is a striking mold of influences created under a zero-fucks veneer and ultimately redefined what the electronica genre could be.

Essential Tracks: “Porcelain”, “Why Does My Heart Feel So Bad?”, and “Everloving”