The film hits theaters in the US on August 14th 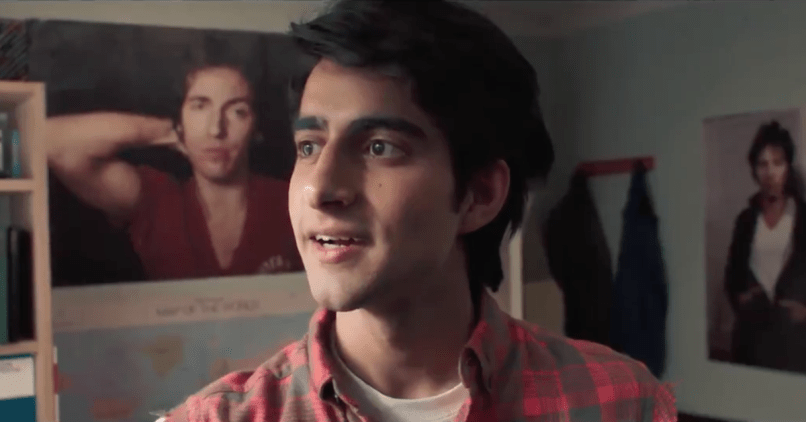 Blinded by the Light screengrab

Baby, we were born to run. But maybe nobody was born to run just as much as Javed, the main character in the new Bruce Springsteen-inspired film Blinded by the Light.

Based on Sarfraz Manzoor’s 2008 memoir Greetings from Bury Park, the film is set in ‘80s England during racial and economic turmoil. Javed, a 16 year-old Pakistani boy played by Viveik Kalra, is gifted Bruce Springsteen cassettes by a friend and quickly finds inspiration, using the anthems to navigate his way through life as an aspiring young writer in a difficult environment. Hayley Atwell, Rob Brydon, and Nell Williams are set to co-star.

Gurinder Chadha directed the film and wrote the script alongside her Bend It Like Beckham co-writer Paul Mayeda Berges and the author Manzoor himself. The Boss himself greenlighted the project, allowing the movie to use 16 (!) of his songs for the soundtrack.

The film is scheduled to be released on August 14th in the US, with earlier screenings popping up on August 9th in the UK. It got a lot of praise when it screened at Sundance earlier this year. Now, you can be similarly charmed with the trailer. Check it out below.

For anyone who has ever wanted to dream, you’re not alone. Inspired by the legendary music of #BruceSpringsteen, comes #BlindedByTheLightMovie – in theaters August 14. pic.twitter.com/f6bWyXe6dH

Of course, one massive question remains: Which of Springsteen’s songs will be used in the film? With a brand new album on the way and a powerful lead single already out, he has so much solid material that it’s hard to imagine the film could go wrong picking any of his songs, whether old or brand new.