PJ Harvey releases score to All About Eve: Stream

The musical accompaniment to a new adaptation of All About Eve 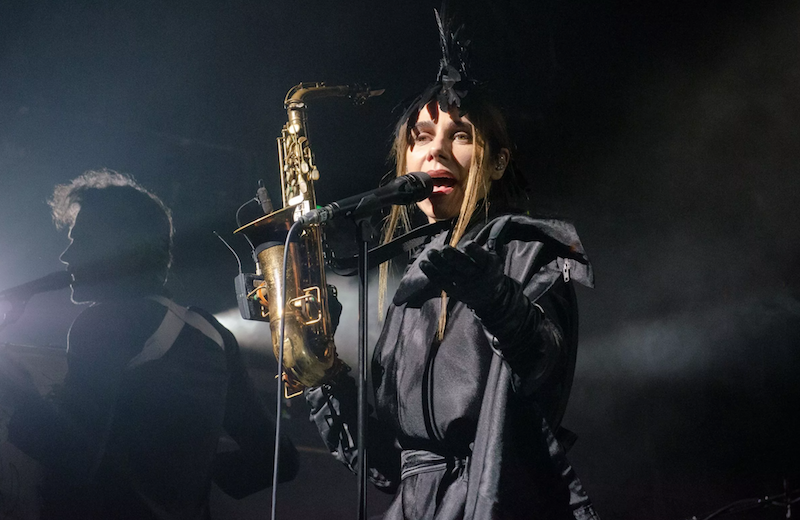 PJ Harvey has shared her complete score to director Ivo Van Hove’s new stage adaptation of All About Eve. Stream the full thing below via Apple Music or Spotify.

Starring Lily James and Gillian Anderson, the play is currently in the midst of its run at London’s Noël Coward Theatre. Both stars contribute vocals to Harvey’s music, with James singing on the previously revealed “The Moth” and Anderson appearing on “The Sandman”. The hypnotic instrumental “Descending” was also shared ahead of the full score’s release.

All About Eve is the latest adaptation of the Oscar-winning 1950 classic film, itself based on the 1946 short story “The Wisdom of Eve” by Mary Orr. The tale was also told as a 1970 stage musical called Applause, which took home the Tony Award for Best Musical. Speaking of writing the music for this modern take, Harvey said in a statement,

“I have always loved stories, and so to compose music to support and enhance a story being told is a challenge I enjoy. I also love the freedom that working instrumentally can give me without the constraints of song form.

For All About Eve I chose to work with my long-time collaborator James Johnston as he has a soulfulness and sensitivity to his playing that inspires me. I also worked with Kenrick Rowe who has a versatility to his drumming I knew I could experiment with until I found what was right.”

PJ Harvey’s last released her own full-length in 2016 with Hope Six Demolition Project, which you can find on vinyl along with the rest of her catalog here.

All About Eve OST Artwork: