Blood Orange debuts new songs “Something to Do” and “Dark & Handsome” on Corden: Watch 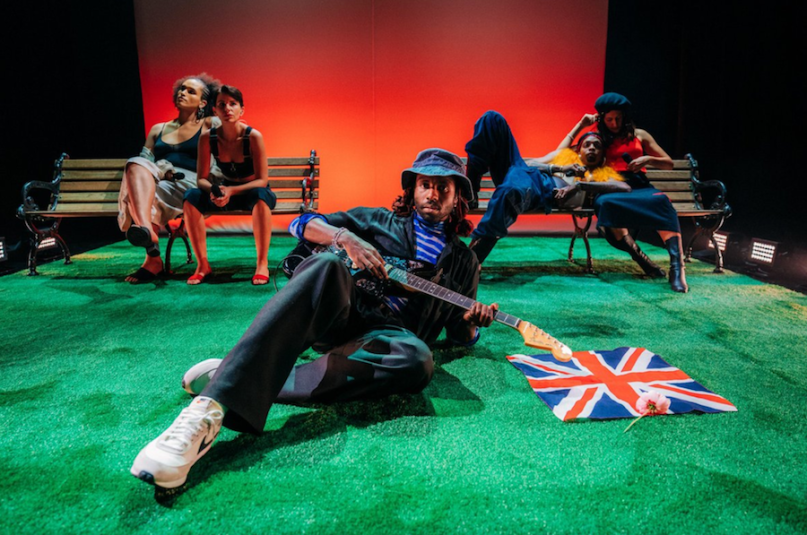 When you put out one of the best albums of the year, you’d think highlighting it throughout the promotional cycle would be a priority. But despite dropping the masterful Negro Swan just last year, Blood Orange is already looking ahead to what’s next. During his appearance on the Late Late Show with James Corden on Tuesday night, the artist aka Dev Hynes chose to debut a pair of new songs.

The first, “Something to Do” is more of a short interlude. Chilling on a patch of astroturf, Hynes plucked out a reverberating strain while his quartet of backing singers were “waiting for something to lose.” The notes blended smoothly into “Dark & Handsome”, a soft and snappy number of staccato vocals. Check out both songs by watching Blood Orange’s performance below.


Blood Orange is currently in California between Coachella appearances, with a show alongside Christine and the Queens in Santa Barbara set for Thursday before he returns to Indio for weekend two. He opened his weekend one set with a cover of Neil Young’s “Heart of Gold”, so who knows what he’ll bring for the next round. Grab tickets to all of his upcoming shows — including his summer run with Florence + the Machine — here, and watch video of the “Heart of Gold” performance below.