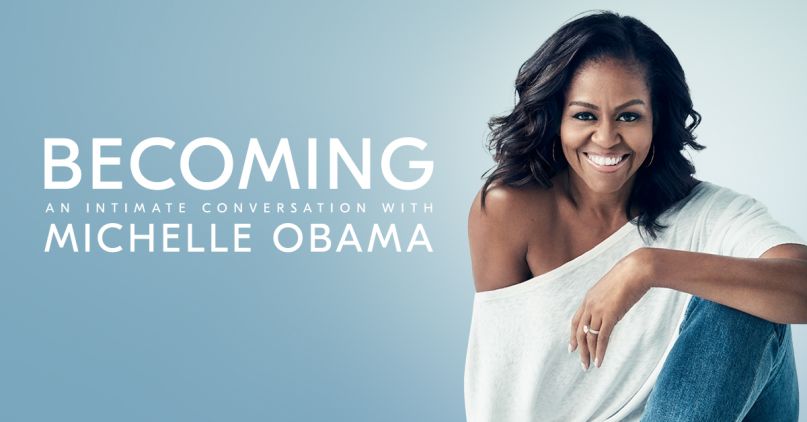 Next week, former First Lady Michelle Obama will kick off another leg of dates in promotion of her memoir, Becoming Michelle Obama. As was the case for her inaugural run late last year, Obama will participate in conversations moderated by celebrities, activists, politicians, and more.

As announced today, late-night hosts Conan O’Brien, Jimmy Kimmel, and Stephen Colbert will all take a turn as moderator during the upcoming 18-date tour. O’Brien will sit down with Obama in Milwaukee on March 14th; Kimmel will lead a discussion in Tacoma, WA on March 24th; and Colbert will moderate events in London and Nashville on April 14th and May 12th, respectively.

Check out the full tour schedule below, and get your tickets here.