Classic Album of the Week: The Smiths’ Debut Remains an Album to Fall in Love with All Over Again 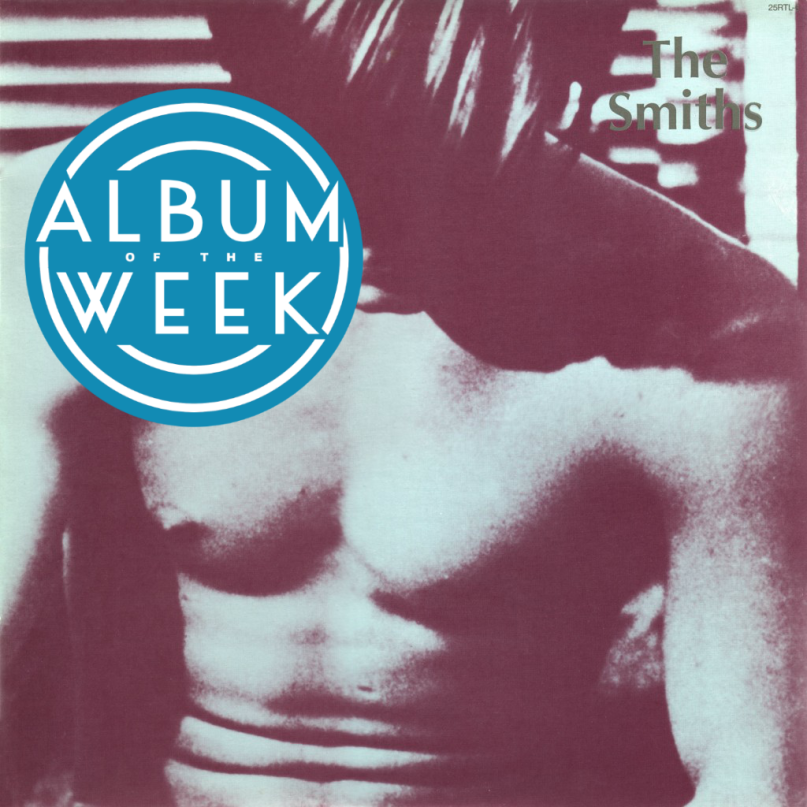 
I’ve never met a Smiths fan who didn’t start expressing their fandom without first apologizing for Morrissey. I know he’s terrible but the band is so great. Because in this era of Cancel Culture, there is something about The Smiths that keeps us anchored to Moz, racist and miserable old codger that he has become. Bands come and go, we grow out of phases that we were sure at 15, 17, or 24 would define us forever. But The Smiths are a lifelong commitment.

With its release on February 20, 1984,The Smiths was an instant game-changer. There was nothing like it just yet; it wasn’t as heavy as Joy Division or as rock and roll as Elvis Costello and the Attractions. It didn’t have the elaborate gossamer of The Cure or Siouxsie Sioux’s cathedral wailings. Instead, Morrissey’s drab voice soars and sours in contrast to Johnny Marr’s majestic guitar work, full of mystery and sorrow.

This album opens with a song about child abuse, and it’s not the only one. “Suffer Little Children” is about the five children murdered by Ian Brady and Myra Hindley in what would become known as the Moors Murders. The song was so shocking that the album was removed from several shops, but Morrissey struck up a friendship with Ann West, the mother of Moors victim Lesley Ann Downey, who agreed that the song was written with only the best intentions.

But there have always been songs about crime and hurt. What makes The Smiths so unique is that so much of it revolves around both homosexual and asexual longing — the desire to be desired even if that desire must never or will never be consummated — rather than the traditional love songs or breakup anthems that make up so much of music. “I am sorrow’s native son/ He will not rise for anyone,” he moans on “Pretty Girls Make Graves”. It’s all daring subject matter, even now, to sing about the complex nature of lust, of wanting to be desired without the trappings of sex.

[Read: Every Smiths Song Ranked from Worst to Best]

The Smiths even has a lullaby. On a pop album by four childless twentysomething lads. It’s a bold choice for any musician, but “The Hand That Rocks the Cradle” is a distinctly Smiths lullaby, full of ominous threats — “There’ll be blood on the cleaver tonight” is gore that would fit right into Grimm’s Fairy Tales — but ultimately brimming with the sort of aching tenderness that Morrissey, with flowers in his back pocket, would make his signature. Perhaps that’s why Morrissey’s descent into curmudgeon hurts so badly — because his lyrics rip apart love into all of the complicated and often contradictory pieces that make it up. Anger and pleasure, need and desire, sexual and familial, Morrissey explores all of these, even when they hurt. Even when they don’t make sense.

“Hand in Glove” is perhaps the best example of this strictly Moz phenomenon. Hailed by the band, at the time, as the best song they’d written, it is The Smiths at their purest, Morrissey with his heart bare and bruised, Mike Joyce keeping everyone steady on the drums, Andy Rourke’s bass warm and inspired, while Johnny Marr’s guitars rain down a sun-drenched melancholy. “No it’s not like any other love,” Morrissey bleats. “This one is different because it’s ours.” It encapsulated what it was like to be a Smiths fan, that there was no other band like it in the world. It says, it’s okay to be tender. It’s okay to be witty. It is love unadulterated by money or sex or gossipy friends, and as such, Morrissey knows it cannot last. That innate understanding of human nature, the ugly pieces we hide from ourselves, is the DNA of every Smiths song, put on full display as though in a lit glass case.

Though “You’ve Got Everything Now” was the debut single, it’s “This Charming Man” that steals the show. It is as perfect a fusion of Morrissey and Marr as there ever was, elaborate, poppy guitars play with, not against, Morrissey’s coy, lilting vocals. “I would go out tonight,” he teases this song’s subject. “But I haven’t got a stitch to wear.”

Listening to any Smiths record is a life-changing experience, whether in 1984 or 2018. No one has been able to match Morrissey’s exact blend of wit and melancholy, the uniquely British charm that cannot be put on or manufactured. It’s a shame of the highest disappointment that Morrissey is such a trash bag, but not even he can ruin what we all once had.

“It just wasn’t like the old days anymore,” he sings on “Still Ill”. We cannot hear The Smiths again for the first time, and we cannot listen to them without thinking, Fuck, man, Morrissey is such a toolbox. But I invite you to put on The Smiths in a quiet room, perhaps with headphones, perhaps in the dark. Listen in full as though it was the first time, recalling who you were and who you are now and how you got to be there. Imagine Morrissey isn’t The Absolute Worst. Chances are you will fall in love with this album all over again in that pure way that you can only love The Smiths, even if just for that moment.

Buy It: Pick up a copy of this album and other Smiths records at Reverb LP. Click here for more.