First look at Zombieland 2: Double Tap is the ultimate #10YearChallenge

Production on the highly-anticipated sequel begins this month 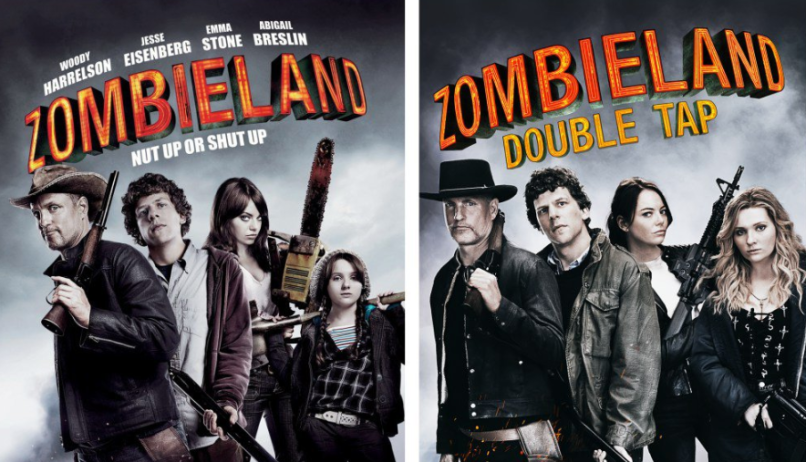 The long-awaited sequel to Zombieland hits theaters this October. Today, Sony revealed the film’s official title — Zombieland: Double Tap — along with a first look at its principal cast members: Emma Stone, Woody Harrelson, Jesse Eisenberg, and Abigail Breslin. Fittingly, the teaser plays off the viral #10YearChallenge by pairing a new image alongside a cast photo from the original film, which was released in 2009.

Production on Zombieland 2 is scheduled to begin this month, with a release date slated for October 11th, 2019. The film’s original director, Ruben Fleischer, returns to helm the sequel using a script penned by original screenwriters Paul Wernick and Rhett Reese.

Joining the film’s original cast is a trio of notable newcomers in Rosario Dawson, Zoey Deutch, and Avan Jogia, according to Deadline.

A plot synopsis provided by Deadline says the sequel “centers on the comic mayhem that stretches from the White House and through the heartland. The zombie slayers must face off against the many new kinds of zombies that have evolved since the first movie, as well as some new human survivors. Most of all, they have to face the growing pains of their own snarky, makeshift family.”