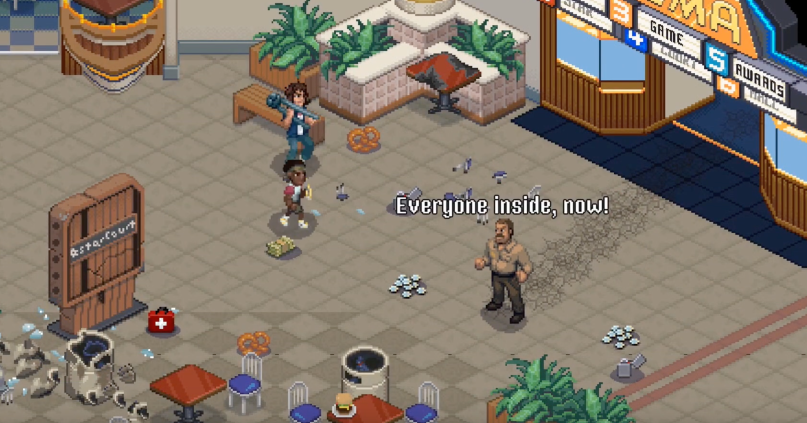 It’s been over a year since Stranger Things 2 turned the Netflix series into an even bigger worldwide smash. Since then, fans have received all kinds of merchandise — most of which you can find in this writer’s home. From Funko Pops to comic books to themed Monopoly games to “retro” shirts you can buy at Target for $8 to a line of creative candy that includes gummy Eggo waffles, the licensing has been infinite and incredible.

On Thursday night at the 2018 Game Awards, the Duffer brothers surprised everyone by announcing the release of Stranger Things: The Game. According to a press release, the game is a “meticulously crafted Action Adventure RPG that pays homage to the 16-bit era” and follows the events of season three. To whet everyone’s appetite, the brothers shared a new trailer that reveals details for the next chapter of the show.

As you can see below, users will be able to take control of a variety of characters, from Lucas to Hopper to what appears to be either Eleven, Joyce, or Steve (please god). A few locales that are teased include the abandoned and rat-infested Hawkins lab and the Starcourt Mall that appeared in this past summer’s teaser trailer. Even stranger, no pun intended, are the random zombie-looking ghouls walking around.

Much like the third season, there’s currently no release date for the game, although it’s reportedly set to be released on Xbox One, PlayStation 4, Nintendo Switch, Mac, PC, and mobile devices. In the meantime, be sure to check out the original Stranger Things 16-bit game that’s currently available on all mobile devices and was also developed by Bonus XP, whose remarkable work clearly nabbed them this gig.