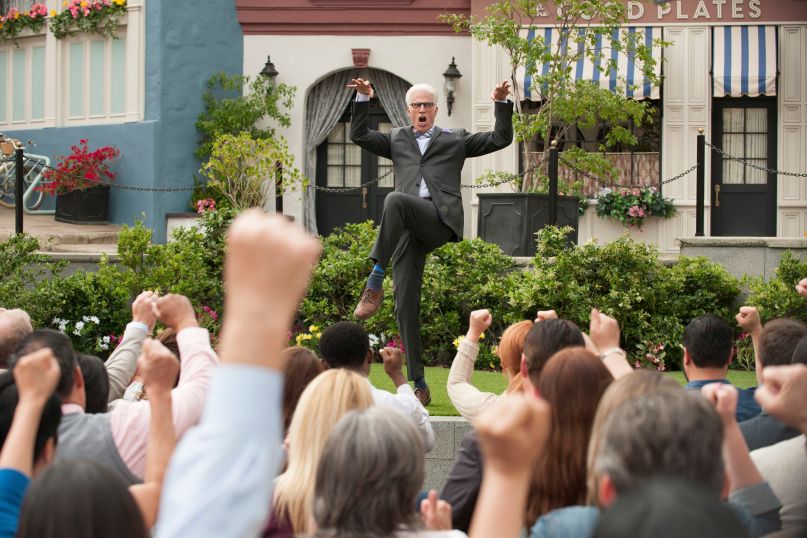 The Good Place is one of the best television shows currently on air. The Mike Schur-created comedy has thrillingly reinvented itself each season, all the while maintaining the same charm and heart that initially endeared viewers to the series, which stars Kristen Bell alongside Ted Danson, William Jackson Harper, Jameela Jamil, and Manny Jacinto. The only thing better than watching the show is imagining where it might go next.

Thankfully, NBC has the good sense to keep it going. The network announced today that they are renewing The Good Place for its fourth season, although the exact number of episodes they are ordering is unknown.

(Read: The Good Place Gives Us Beautiful Lessons on Morality by Smashing the Status Quo)

Tracey Pakosta and Lisa Katz, the co-presidents of scripted programming at NBC Entertainment shared a statement in celebration of the renewal: “Congratulations to Mike Schur and an exceptional cast and crew, all of whom collaborate to create a thoughtful, mind-bending and hysterical series unlike anything else on television…We can’t wait to see what unexpected stories the new season will bring.”

You can tune in for the show’s last episode of the fall this Thursday. Season three will pick back up in January for a remaining three episodes.