The founder might be in jail, but the legend of Fyre Festival continues to endure 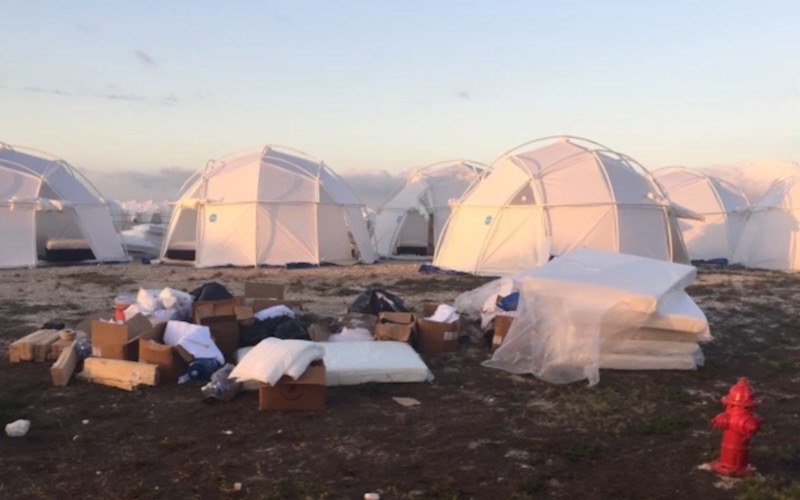 Last year, the Fyre Festival became one of those rare things that united all people in a time when cultural divisions have never been more prevalent. After all, if we can’t come together as a global community to laugh at the plight of excessively rich people being roped into an elaborate shell game, what can we savor together?

The failed, influencer-driven “boutique music festival” makes for the kind of story that the average documentarian dreams about, so it’s no surprise there are multiple takes on a behind-the-scenes tale in the works. First up will be Netflix’s FYRE, which is premiering on the streaming service on January 18th. Directed by Chris Smith (Jim & Andy: The Great Beyond), the film is a chronicle of what happened to the doomed festival, whose insane ideas led to its existence in the first place, and the substantial legal aftermath of the whole absurd charade.

Watch a brief teaser trailer for the film below.

Get your exclusive first look at FYRE — a revealing new doc about the insanity and rapid unraveling of Fyre Festival: the greatest party that never happened. Premieres January 18. #NetflixNewsWeek pic.twitter.com/B4iaR3UJwM

Nearly two years after the whole fiasco, it’s amazing how much is still unclear about Fyre Festival. Co-founder Billy McFarland has been sentenced to six years in prison for fraud relating to the failed event. Some who purchased tickets are still waiting on some form of reimbursement, with ticket vendor Tablelist currently suing festival organizers for $3.5 million to refund ticket holders. There are also a number of class action lawsuits currently active, while two attendees recently were awarded $5 million in a civil lawsuit; one even claimed to use some of the money to purchase the Fyre Festival trademark.

If you’re worried all the lurid details of this captivating disaster won’t be properly captured in just one documentary film, take heart: Hulu’s multi-part docu-series is also scheduled to premiere next year. Produced by The Cinemart (JAY-Z’s Spike miniseries TIME: The Kalief Browder Story and his Paramount Networks series Rest In Power: The Trayvon Martin Story), the series will be directed by Jenner Furst (TIME). The yet-untitled series promises exclusive interviews with locals, festival-goers, vendors, and investors, as well as never-before-seen footage, documents, emails, and audio recordings.