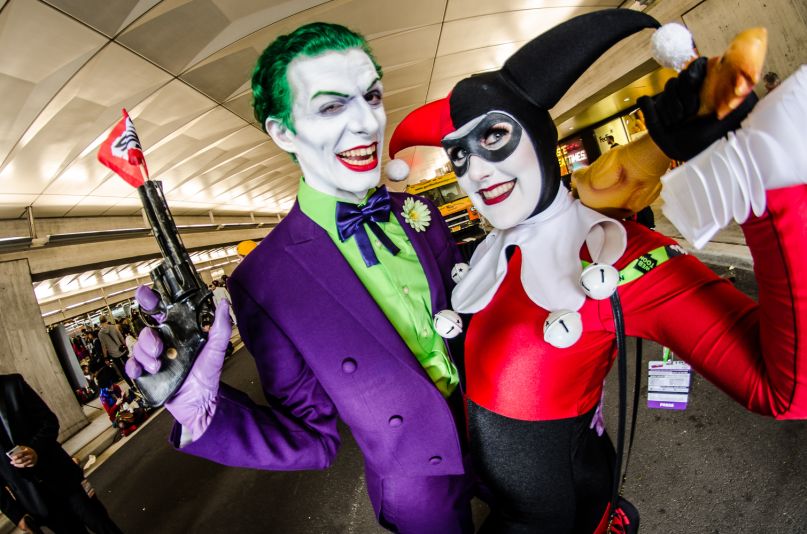 This past weekend, the New York City welcomed comic nerds, genre fans, and geeks of all types to the 13th annual New York Comic Con. Held over October 4th-7th, the event brought out hordes of costumed cosplayers and special guests to the Jacob K. Javits Convention Center for four days of panels, exclusive merchandise, and all around good times.

One could argue that not even music festivals bring together quite the same community of people as a comic con. The con culture is vast and remarkably inclusive; of course, as is sadly the case with any large-scale fan community, there are the bad apples that come along to poison the fun for everyone else. But by and large, there’s a feeling of acceptance, support, and mutual celebration when you walk among such a massive crowd of people all with the same interests. Especially considering how ostracized “geeks” were just a few years ago, such a fraternity feels all the more important in the current socio-political climate.

As wonderful an experience as it can be, it can also be overwhelming. There’s just so much to see and do, it’s impossible to get it all in, even with a four-day badge. Consequence of Sound News Editor Ben Kaye did his best to take in as much as he could, though, capturing it all in JPEG so you can relive it — or live vicariously — through the extensive gallery below. Click on for shots of cosplayers as well as the actors, producers, and directors behind Hellboy: Rise of the Blood Queen, The Chilling Adventures of Sabrina, Alita: Battle Angel, Good Omens, American Gods, Boy Meets World, Spider-Man: Into the Spiderverse, What We Do in the Shadows, and more.

The Batwoman, photo by Ben Kaye

Spider-People and Black Cat vs Kingpin, photo by Ben Kaye

The Nightmare Before Christmas’ Oogie Boogie, photo by Ben Kaye

It, photo by Ben Kaye

Shaggy and Thelma from Scooby-Doo, photo by Ben Kaye

FX’s What We Do in the Shadows’ Jemaine Clement, Paul Simms, and Taika Waititi, photo by Ben Kaye

Spawn vs It, photo by Ben Kaye

Moon Knight and the Punisher, photo by Ben Kaye

Will Friedle, photo by Ben Kaye