Joan Jett on Fronting Nirvana and Covering The Replacements 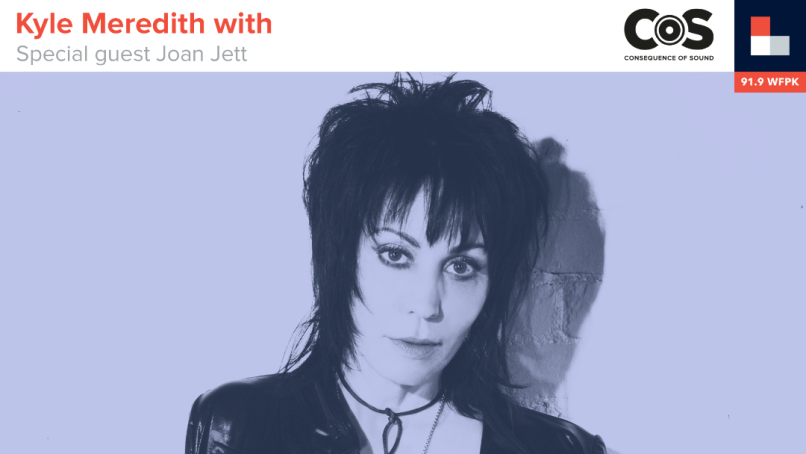 Kyle Meredith sits down with Joan Jett and Kenny Laguna for this Monday’s episode of Kyle Meredith With….  Jett discusses her experience fronting Nirvana at the band’s 2014 induction into the Rock and Roll Hall of Fame and her later collaborations with Dave Grohl. She explains the process behind her and The Blackhearts’ new single, “Fresh Start”, which can be found on the soundtrack to Runaways doc Bad Reputation, in addition to a group effort with Miley Cyrus and Laura Jane Grace on a cover of The Replacements’ “Androgynous”.

Kyle Meredith With… is an interview series in which WFPK’s Kyle Meredith speaks to a wide breadth of musicians. Each episode, Meredith digs deep into an artist’s work to find out how the music is made and where their journey is going, from legendary artists like Robert Plant, Paul McCartney, U2 and Bryan Ferry, to the newer class of The National, St. Vincent, Arctic Monkeys, Haim, and Father John Misty. Check back Monday, Wednesday, and Friday for new episodes. Rate the series now via iTunes.