Lil Xan hospitalized after eating too many Flamin’ Hot Cheetos: “It ripped something in my stomach” 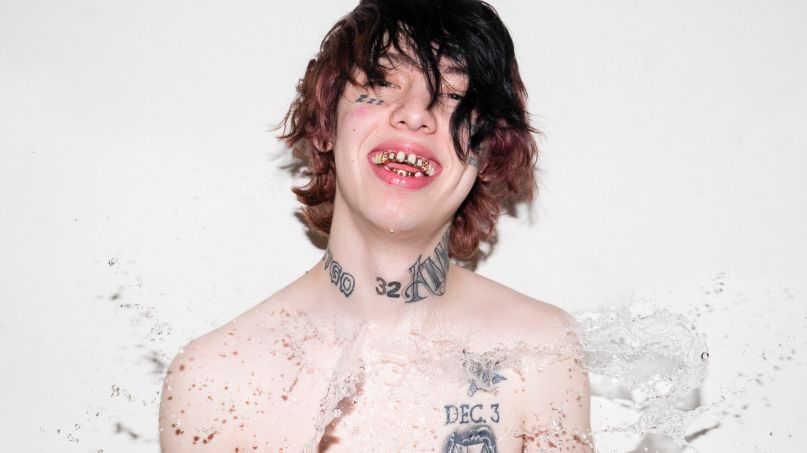 You’d think a bunch of professional news writers and editors would stop being taken aback by the weird headlines that sometimes pass across our desks in a given day at this point. Our world has become so surreal due to everything from the Internet to America’s reality-star president to Shrek Grips that you’d think we’d be ready for anything by now. Yet every once in a while, something pops up that’s at once so trivial and so entirely perplexing that we’re reminded of the world’s sustained capacity to surprise.

Let’s just start with this: Lil Xan went to the hospital for eating too many Flamin’ Hot Cheetos. As any connoisseur of $1.29 bags of blazing snacks will tell you, one must pace themselves when enjoying Flamin’ Hots and Takis and the like. To purchase a bag of Flamin’ Hots is to dance with the devil, to throw one’s fears of an inflamed brown eye to the wind in favor of the spectacular, mouth-searing present. But if you’re not careful, you could be a Soundcloud rapper making news for your inability to restrain yourself.

The newly sober Xan, who’s about to embark on a U.S. tour through the rest of 2018, took to Instagram to alert his fans and impressionable young hot snack enthusiasts alike that he paid the ultimate price for over-indulgence in Chester Cheetah’s most two-faced vice:

According to Xan in the video, “I went to the hospital today. You know, getting ready to pack for this tour. i just want to let everybody know I was in the hospital — not due to any drugs — but I guess I ate too many Hot Cheetos and I guess it ripped something in my stomach open, so I puked a little blood.” Let this stand as a warning to the rest of you: chase your Flamin’ Hots with water, and never house more than half a bag in one session, lest you meet the fate of the self-proclaimed Heartbreak Soldier.