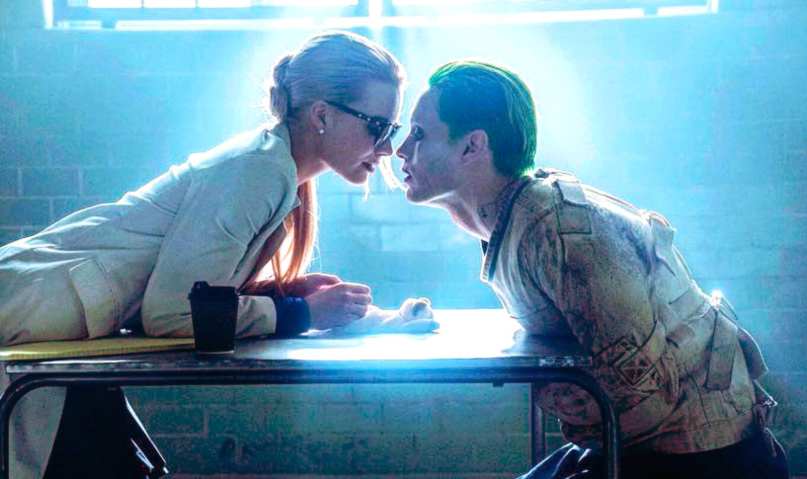 Margot Robbie as Harley Quinn and Jared Leto as The Joker

With all the news coming out about Joaquin Phoenix’s The Joker over the last few weeks (including our first look of the star in and out of the makeup), we almost forgot there was another Clown Prince of Crime flick in the works. And then new details about the film’s potential plot came out and we wish we’d never remembered it existed.

Set to star Jared Leto and Margot Robbie reprising their Suicide Squad roles of Joker and Harley Quinn, the movie is being penned by Glenn Ficarra and John Requa. The pair wrote Bad Santa and are executive producers on This Is Us, and it seems like they’re marrying both those productions in an unholy, DC-based union.

“It was sort of like, we wrote Bad Santa a couple of years ago, and it was that sensibility mixed with our This Is Us sensibility. We kind of meshed them together,” Ficarra told Metro. “We were doing a relationship movie but with the sensibility of a Bad Santa, f—ed up, mentally deranged people. It was a lot of fun.”

A twisted Harley/Joker romance sounds decent enough for a movie, but something about This Is Bad Santa doesn’t strike as terribly appealing. Especially when you hear Ficarra describe the opening scene: “The whole thing starts with Harley kidnapping Dr. Phil. Played by Dr. Phil, hopefully. Because her and the Joker are having problems with their relationship.” Because nothing says “trendy superhero blockbuster” like a Dr. Phil cameo.

Still, there’s a chance we might never even see this version of the movie. “We handed the script in and everybody loved it, but I don’t know when they are going to do it,” Ficarra explained. He added it’s likely that the Harley/Joker film will depend on the reception to Robbie’s Birds of Prey spinoff.

Speaking of which, the Cathy Yan-directed Birds of Prey has been given at February 7th, 2020 release date by Warner Bros. (via The Hollywood Reporter). The studio has also reportedly been testing actresses to star alongside Robbie’s Harley Quinn in the all-female team-up. It looks like they’ll be changing the race of Black Canary to better suit her name, as Janelle Monáe (Hidden Figures), Gugu Mbatha-Raw (A Wrinkle in Time), and Jurnee Smolett-Bell (TV’s Underground) are up for the part. Meanwhile, The Leftovers’ Margaret Qualley, 10 Cloverfield Lane’s Mary Elizabeth Winstead and Cristin Milioti of TV’s Fargo are contending to play Huntress.

According to THR, actresses are also being sought for the roles of detective Renee Montoya and Cassandra Cain, a character who once wore the Batgirl digs but now goes about as Orphan.

Birds of Prey is just one of several DC projects in the works. Aquaman opens December 21st, while 2019 will see the release of Shazam! (April 5th), The Joker (October 4th) and Wonder Woman 1984 (November 1st). Ezra Miller is set to film his Flash solo film with Spider-Man: Homecoming writers John Francis Daley and Jonathan Goldstein in February with hopes for a 2020 release. Matt Reeves wants to lens his Batman film in the first part of 2019, as well, but there’s still the matter of who will wear the cape and cowl. Meanwhile, we may have seen the last of Henry Cavill as Superman, as DC/WB are focused more on getting their Supergirl movie off the ground with writer Oren Uziel.

We can only assume The Green Lantern Corps. and a Cyborg film are still in the mix somewhere, as well.