Despite being the foundation of the industry, musicians are often cut out of the revenue equation 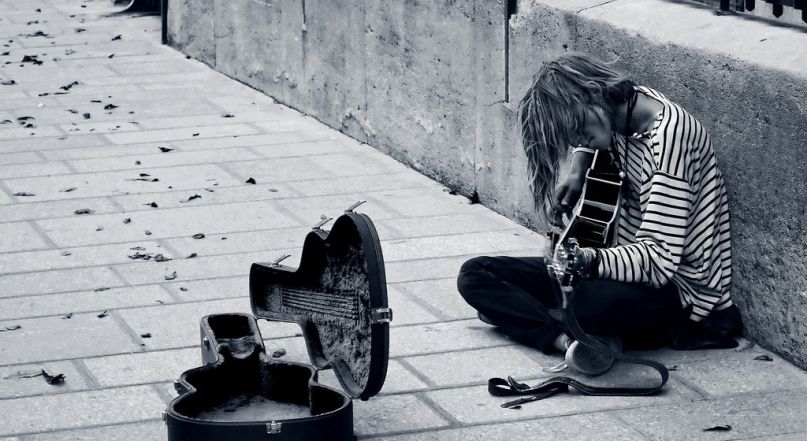 As in the film industry, streaming platforms have become the norm in the music business. Subscription streaming services have already eclipsed CDs in terms of sales, and at one point, Spotify was actually worth more than the music industry as a whole. While such online platforms offer customers convenience coupled with cheaper prices, it’s undoubtedly transformed the structure of the industry’s revenue system and the way in which artists make ends meet.

Musicians have thus turned to touring as their main source of income nowadays. The strategic shift has paid off in some ways — but barely. According to an extensive report from Citigroup (via Pitchfork), out of the music industry’s $43 billion revenue in 2017, only 12% actually went to artists. For the math impaired, that’s just a little over $5 billion going to the people who are essentially the foundation of this entire business.

Where does the rest of the money go? Per the report, a good chunk of the revenue is pocketed by the middlemen — those working in the distribution services like AM/FM radio, online platforms, and record labels.

(Read: What the Spotify IPO Means for the Future of Music)

12% might sound meager, but it’s actually a marked increase from 2000, when artist revenue hovered at just 7%. The improvement can be attributed to artists throwing themselves deeper into the live music business. While this new approach may help them stay afloat, it’s not exactly the most feasible in terms of overall mental health.

In fact, just last month James Blake openly discussed his history with depression and suicidal thoughts, much of it stemming from a heavy reliance on relentless touring. Passion Pit frontman Michael Angelakos has also repeatedly spoken out against the dangers of a music industry that does not properly support its artists and essentially forces them to live on the road. “The risks associated with being a commercialized artist and embarking on a typical album release, like endless promotion and touring, have nearly killed me,” he told Consequence of Sound in January.

Along with its bleak findings, Citigroup included three possible solutions for this revenue disparity. Essentially, all three call for some kind of consolidation amongst businesses within the industry: vertical integration (concert promoters like Live Nation teaming up with distribution platforms like Spotify); horizontal integration (streaming platforms merging together); and what they call “organic” vertical integration, which entails services like Spotify moving into spaces traditionally handled by record labels.

It remains to be seen whether these types of consolidation strategies will positively impact the music industry and its most vulnerable figures, the artists, but personally, I’m not into the idea of monopolies. It also seems to be something of a slippery slope to have two separate types of services (Spotify and a record label) working in tandem. But I suppose considering Warner Music Group now owns Uproxx, a major entertainment website, conflicts of interest aren’t much of an interest to the industry and all things go?