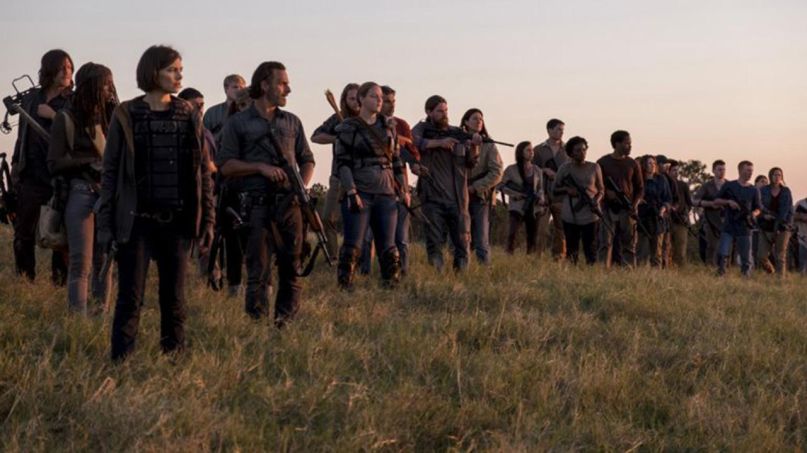 There are only a few things we can trust as true and indisputable certainties in these truly uncertain times: death, taxes, and yet another season of AMC’s long-running hit The Walking Dead. Now entering its ninth season, the zombie survival series has burned through its fair share of sets, cities, plotlines, stars, showrunners, and untold hordes of Hollywood dreamers in walker makeup, but somehow hasn’t yet burned through an audience. Because of that, and because AMC is still waiting for its next true breakout hit, the trailer for the ninth year arrived at this weekend’s ongoing San Diego Comic Con.

Things may have settled just a bit for the weary survivors at long last; they have Sanctuary in the literal and figurative senses, an isolated community where for once they can work toward something, instead of perpetually working away from the threat of death. However, as it usually goes on The Walking Dead, the seeds of dissent are sown before long thanks to everything from paranoia to sloppy security to the somehow-still-present threat of Negan (Jeffrey Dean Morgan). Sanctuary soon finds itself at war, with (as usual) the lives of everybody in play hanging precariously in the balance.

One not-too-subtle hint about one of the most endangered of them all emerged during the show’s SDCC panel. Andrew Lincoln, who’s played Rick Grimes on the series since its pilot, previously announced that the upcoming season would be his last. During the panel, Lincoln further confirmed that the future of Rick on the series isn’t looking too sunny:

While the arrival of new showrunner Angela Kang (now the show’s fourth in its run) has created some excitement among a restless fanbase, she now faces the unenviable task of breathing life back into a series that most casual viewers abandoned years ago. The Walking Dead will return to AMC on October 7th, followed by the new and improved Talking Dead, now with 100% less Chris Hardwick.