Interviews
Connecting readers with the most interesting and exciting talent in music, film, and television

TV Review: MTV’s The Challenge Is Better Than Ever in Season 32 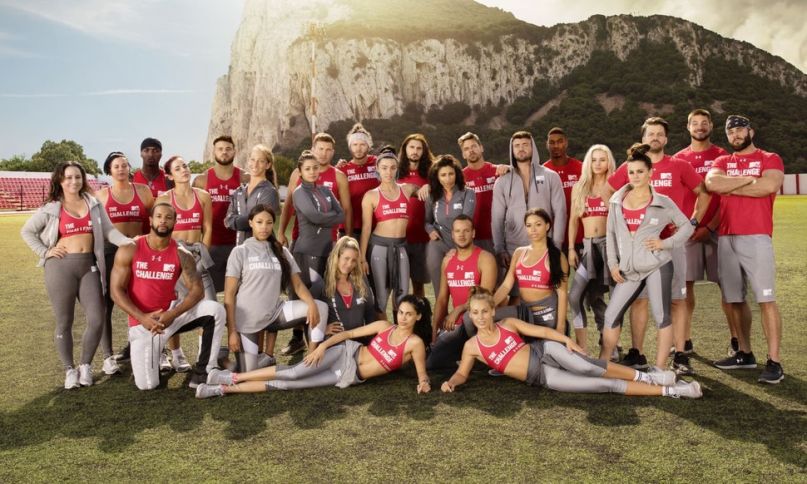 On its surface, there’s nothing all that special about the 32nd season of MTV’s The Challenge. It follows the same format as its previous seasons, with a slew of fit, camera-friendly contestants angling for a hefty cash prize in an exotic locale. Host T.J. Lavin, who’s presided over the game since 2005 (when it was still called Real World/Road Rules Challenge), returns, gently chiding the contestants for the debaucherous behavior unfolding at their garish home base. Pretty people fight. Pretty people fuck. Pretty people pinwheel off elaborately constructed obstacle courses. It’s wonderful.

It’s also all about to end. Well, sorta.

When talking to Cara Maria Sorbello, a fan-favorite cast member and two-time winner of The Challenge, she tells me the show is primed to evolve into “something completely new” after the new season.

And, suddenly, the season’s subtitle, The Final Reckoning, makes a lot more sense. It’s meant to be an ending. Ostensibly, the season is the third in a trilogy that began with XXX: Dirty 30 and continued last season with Vendettas, though this is the first we’re hearing about it. It’s a neat idea, if completely unearned. There’s no overarching thread that connects the three, nor is there a firm consistency in ensemble; it was only last season, after all, that competitors from outside the stateside MTV bubble (CBS’ Big Brother; UK hits Geordie Shore and Ex on the Beach) made an appearance. There’s no real structural unity either as the Vendettas concept is essentially just a reiteration of earlier Rivals seasons with a new name (and a misappropriation of the word “vendettas,” but I digress).

That the framing is in service to a larger, infrastructural goal isn’t even something MTV is trying to mask. The trailers for the season proclaim that “It’s the end of The Challenge as you know it,” while also calling the season “the end of an era.” Having watched the first episode of this new season, however, everything feels like business as usual — all that’s different is the locale (South Africa), the rules (a season-to-season occurrence), and the cast (new competitors arrive from the likes of Vanderpump Rules and Bad Girls Club). There’s no sense that a sea change is on the horizon, which makes the trailer’s claims that much more curious.

“The trilogy, I think, is a nice way to close out this era of The Challenge,” Sorbello says when I ask her about this “ending.” “I honestly don’t know anything, but I think what’s coming is going to be The Challenge, just completely redesigned.” She alludes to the potential merger between CBS and Viacom, which owns MTV, as a possible reason for the change, but asserts that the show’s familiar faces aren’t going anywhere.

Also notable is that The Challenge has now officially had as many outings as The Real World, the show from which it was partially birthed. (Road Rules, the partner to The Real World’s progenitor, bowed in 2007 after 14 seasons.) This is especially notable in light of recent reports that MTV and producing partner Bunim-Murray have decided to reboot the series, returning it to “its roots” and, in a roundabout manner, starting from scratch. And, good. The Real World needs the change. As we’ve previously explored, the one-time flagship has become a sloppy, clambering thing, with recent seasons introducing strange, blindsiding gimmicks that, by dictating the narrative, corrupted the show’s raison d’etre: Seeing strangers interact in a pressure cooker of constant surveillance.

The Challenge, however, is, as MTV touts it, “the #1 unscripted cable series on Tuesdays” and “a top 10 unscripted property on all of cable.” That’s why this is, as Sorbello teases, a “redesign,” not a reboot. It’s a “new era.”

But what constitutes an era of The Challenge? Dividing lines are inevitably murky, but one clear transition came after 2011’s Rivals, when it was revealed that one-time contestant Tonya Cooley accused competitors Kenny Santucci and Evan Starkman of rape, alleging that they penetrated her with a toothbrush as she slept. The case was settled out of court, and none of the involved parties have been invited back to the show.

Santucci and Starkman were fan favorites in some sects, as they were naturally charismatic, physically dominant, and made for good TV. They were also bullies, and their era of The Challenge positively brimmed with toxicity, aggression, and “boys will be boys” antics. Alongside them was Abram Boise, whose terrifying, real-life brushes with the law reflected his own self-destructive rage, which manifested in a number of self-inflicted scars on his chest. There was an undercurrent of deliberate meanness to this era, one that cast a dark shadow over the soap opera MTV thought it was creating.

The extent to which Meister’s outspokenness impacted things internally is impossible to gauge, but the show soon began to take on a more playful and, at times, surprisingly emotional tone in subsequent seasons. With Santucci and Starkman gone, cast members like Johnny “Bananas” Devenanzio claimed the spotlight, giving the audience a malleable anti-hero, a character that, given the context, could function as either hero or villain. More archetypes emerged: Nany González, for example, was a relatably indecisive ingenue; Leroy Garrett a stalwart, funny right hand; Tony Raines, a new father constantly battling his youthful desires; Camila Nakagawa, an emotionally volatile firecracker; and, of course, Sorbello, who debuted as a meek underdog but, across her numerous seasons, came into her own both competitively and, via a tumultuous relationship with Boise, emotionally.

“I was raised in Catholic school, you know?” she tells me. “I sang in the church choir, and it was always, ‘Cara’s a good girl, Cara’s a good girl,’ and then when I graduated college, I went the opposite direction and found myself on the show. And, in those first few seasons, my mom’s voice was still in my head: ‘Be a good girl, be a good girl.’ But I eventually said fuck it and focused on the competition. I had never done anything like that, and I needed to prove I could do it for myself.”

The difference between these seasons and the previous ones, as is evidenced by Sorbello, is that each brought with it a sense of growth or change. In the realm of reality competition, the commitment to returning competitors has always been a distinguishing factor of The Challenge, but, with the rise of prestige TV and proliferation of serialized storytelling, the network began emphasizing its own long-form narratives. Sloppy romances and childish feuds were still an essential part of The Challenge (duh), but, with many of its returning stars getting older, questions of marriage, divorce, family, and sobriety became more and more prevalent.

One could also argue a new era of The Challenge was brought on by a pair of tragedies. Two months after the filming of Battle of the Exes II (filmed in 2014, but aired in 2015), two cast members passed away: Ryan Knight from an accidental overdose and Diem Brown from ovarian cancer, an affliction Brown openly discussed on her seasons. For viewers, the impact of their passings not only colored the season, which aired after the announcement of their deaths, but also humanized the ensemble, who, it’s easy to forget, aren’t scripted characters.

Since then, it feels like The Challenge has reasserted itself, leaning into long-form storytelling by investing not just in the conflict between its core ensemble and new faces, but also in old-school champs like Derrick Kosinski, Darrell Taylor, and Brad Fiorenza, who are all returning after building families and careers outside the series. It still offers the simple, trashy pleasures of a good soap, but there’s also been a welcome strain of pathos: Kosinski wanting to make his son proud; Laurel Stucky embracing her bisexuality; Garrett’s measured response to an old friend’s racist comments; that landmark moment last season when the show actually called out an instance of gang bullying for what it was; or Chris “CT” Tamburello’s journey from violent, rage-filled beast to proud, humbled father, one that was informed by the passing of Brown, an old flame.

By colliding these long-running arcs with the carefree antics of bright-eyed millennials, a new, more fascinating dynamic emerges, one where the veterans begin recognizing their old behavior in these new faces. Last season, a betrayal against Bananas by the younger Raines served to shatter their mentor/mentee relationship, one we’ve watched blossom across multiple seasons. It’s easy to call it scripted, but, while network manipulation is inevitable, there’s a curious sense of trust that develops over the years with these people, if only because we’ve watched them grow. And that’s why I believe Sorbello when she tells me she’s not playing a character, but committing wholly to herself. “Now that I’ve done so many seasons and I’ve established what I have in my past, I am such an open book,” she says.

We all become characters when a camera is fixed on us, but, to hear Sorbello tell it, those who The Challenge keeps around seem to have found ways to let that character emerge organically from their own personality. And that makes sense; you can’t fake an identity across a half-dozen seasons of television. That’s why, Sorbello says, the people who try to piggyback their narratives off of veterans like she and Bananas don’t last, nor do those who just want to boost their social media following (“They make me feel icky,” she says).

So, while a trilogy might not make sense from a logical standpoint, the distinction gives a shape and an identity to what is, bizarrely, its own kind of long-form narrative, one that, with its new season, is sporting one of its most well-balanced ensembles yet.

Where it goes from here is anyone’s guess, but Sorbello jokes that, with this big change on the horizon, she would be down for a Surreal Life situation. “Just put us in a house together,” she says. “We don’t even have to do challenges.”

I’d watch the hell out of that, I tell her. The challenges are the worst part, anyway.