Plus, an unmade Indiana Jones script so bad you'll get nostalgic for Crystal Skull 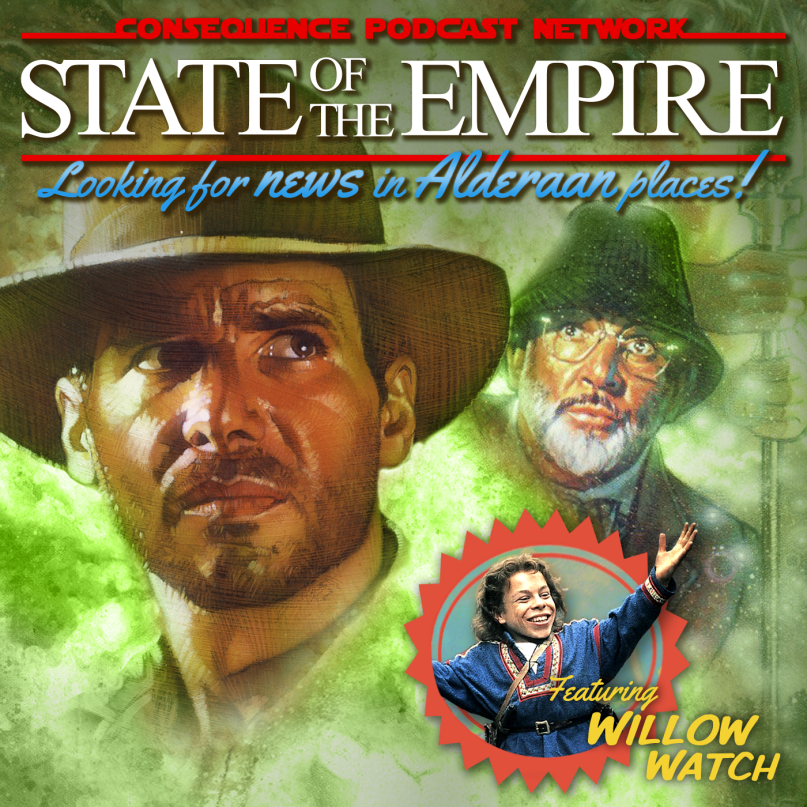 
To keep tabs on the ever-growing pop culture zeitgeist that is Star Wars, we bring you State of the Empire. Led by Art Director Cap Blackard, the series speculates on the future of the franchise and looks for news in Alderaan places.

Pop culture is a dirty job, but someone’s got to do it. From the film scripts that never see the light of day to the regrettable transmedia tie-ins that’d be better off staying buried, it’d take some kind of whip-cracking archaeologist to uncover these forgotten relics … or perhaps some wise-cracking podcasters.

In this episode, we raid the Lucasfilm tombs and discover that Kingdom of the Crystal Skull is fantastic – compared to the ghost-hunting, rhino-riding, suicidal student-screwing antics of Indiana Jones in an unmade Chris Columbus script. We also gain some insight into the upcoming animated series Star Wars Resistance and speculate how the show might overwrite existing Star Wars canon for the better. Exhibit A: The “fart wedding” – a notorious event, recently written out of continuity, in which Poe Dameron let loose “the most atmosphere-ripping flatulence the galaxy ever heard.”

We also discuss the Episode IX casting news with Keri Russell and Billy Dee Williams, shed light on the state of Star Wars cinema via directors Chris McQuarrie and James Mangold’s tweets, explore some fascinating Disney patents that could indicate jaw-dropping experiences to come at Galaxy’s Edge, and spend some time with Captain EO and Willow too.

Support State of the Empire!