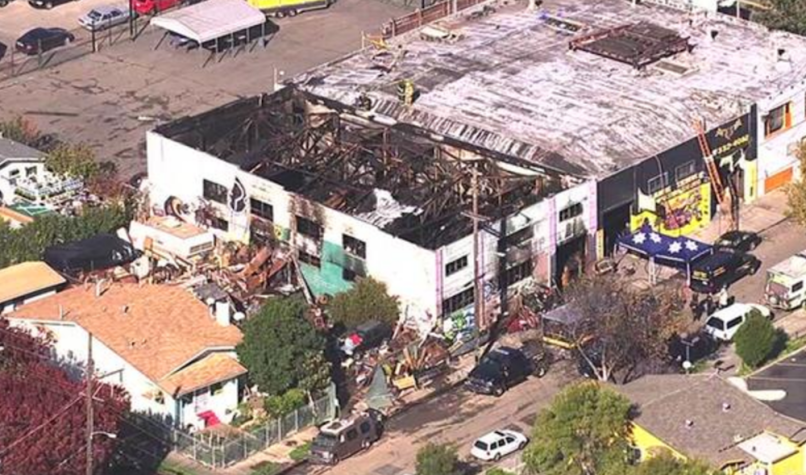 The Ghost Ship in Oakland

Update, September 5th, 2019: After a judge tossed out both plea deals, a trial was held and verdicts were reached. Max Harris was found not guilty on all charges, while a mistrial was declared in the case of Derick Almena. He’ll head back to court for a new trial on October 4th, 2019.

Two men connected to the tragic 2016 Ghost Ship fire in Oakland have reached plea deals with the prosecution and are expected to each serve less than 10 years in jail.

According to an email sent by Alameda County District Attorney to the victims’ families, obtained by The East Bay Times, Derick Almena will serve nine years and Max Harris will serve six. They’re expected to serve out their sentences locally at Alameda County Jail rather than state prison.

Both were originally charged with 36 counts of involuntary manslaughter after a fire at the Ghost Ship live-work artist commune claimed the lives of 36 people in December 2016. Prosecutors believed the two men acted with criminal negligence.

Almena illegally sublet the Ghost Ship warehouse to up to 25 tenants, despite a lease indicating the space was strictly for commercial use. Witnesses had long described the Ghost Ship as a “death trap,” as the space lacked sprinklers and working smoke detectors. The building itself also hadn’t been officially inspected by the fire department since 1930.

As for Harris, he was a resident of the commune and helped coordinate the Ghost Ship concert where the fire started that fateful evening.

In response to the Ghost Ship fire, Oakland Mayor Libby Schaaf issued an executive order to safeguard DIY art spaces in the area. “We must take additional steps to protect physical, cultural, and artistic assets and workspaces in the community while making necessary changes to improve life safety,” she wrote, “provide for safer public events and improve standards and procedures for evaluating and assuring compliance.”