Amber Rose told Spencer and Heidi Pratt, of all people, her theory 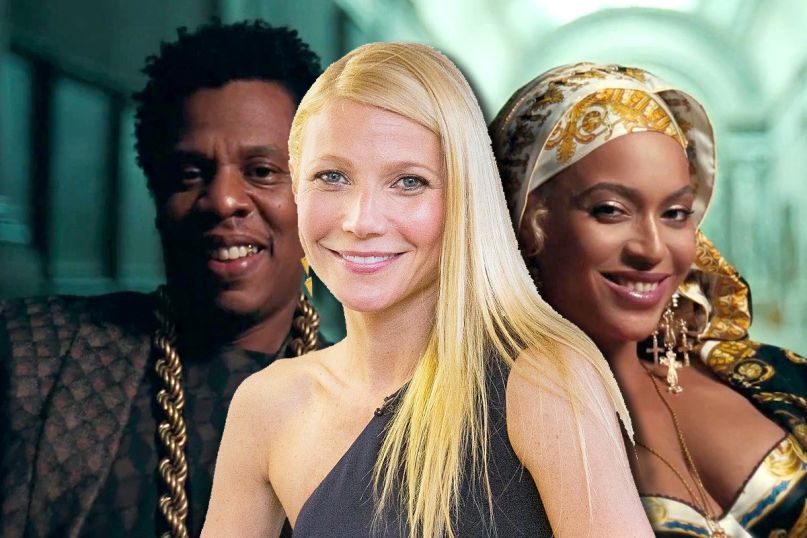 Jay-Z, Beyoncé, and Gwyneth "Becky with the Good Hair" Paltrow?

The identity of “Becky with the good hair” has hounded Beyoncé fans ever since Lemonade dropped over two years. Now, Amber Rose has presented her own theory about the mystery mistress, saying that she believes JAY-Z’s other woman was — wait for it — Gwyneth Paltrow.

Appear on Make Speidi Famous Again, a podcast hosted by Spencer and Heidi Pratt (*shutter*), Rose gave her opinion about Becky’s identity. The Pratts were talking about some secret sexy dinner club thing they were invited to when Spencer mentioned Paltrow had attended one of the events. “I definitely think Gwyneth Paltrow is Becky with the good hair,” Rose interjected, apropos of nothing.

Pressed for an explanation, Rose continued: “I feel like she’s the one that was, like, fucking JAY-Z. They were, like, friends and you don’t see Gwyneth Paltrow with Beyoncé anymore. It just seems like she was the one that was fucking JAY-Z. And now Gwyneth lost her husband but Beyoncé’s still with JAY… I’m surprised no one thought of that.”

Rose was referring to Paltrow’s separation from her now ex-husband, Coldplay’s Chris Martin, in 2014. Speculation has put JAY-Z’s infidelity around that time, largely based on the infamous elevator video with Solange.

What Rose is saying would be sound logic — if her basic facts were right. While it’s true that Paltrow and Martin are no longer together, the ex-couple and Bey-Z appear to still be very much good friends. Beyoncé, JAY-Z, and their eldest child Blue Ivy all reportedly attended the 13th birthday of Martin and Paltrow’s daughter, Apple, just last year. In fact, a quick Google search of any of the four parties’ names and a post-2014 date garners numerous results of quartet getting along swimmingly. That would mean Rose has her information wrong about a BeyPal fallout, and probably squashes any speculation about JayPal.

For her part, Paltrow has already shot back denying the theory, telling PEOPLE via a rep that the assumption was “completely absurd and 100 percent false.” Another source told the magazine that “Gwyneth and Beyoncé and JAY-Z are still very close friends so none of this makes any sense.” Even a source close to Rose says her comments were “literally a joke on a podcast. She was only kidding.”

This isn’t the first time a potential Becky has been pointed out. Around the release of Lemonade, members of the Beyhive accused designer Rachel Roy of being the center of all the drama. After a rash of online vitriol was aimed at her, Roy denied her involvement, tweeting, “I respect love, marriages, families and strength. What shouldn’t be tolerated by anyone, no matter what, is bullying, of any kind.”