Film Review: Superfly is a Delightfully Absurd Action Spectacle Clad in the Style of Modern Hip-Hop

Director X reimagines the blaxploitation classic for our modern era 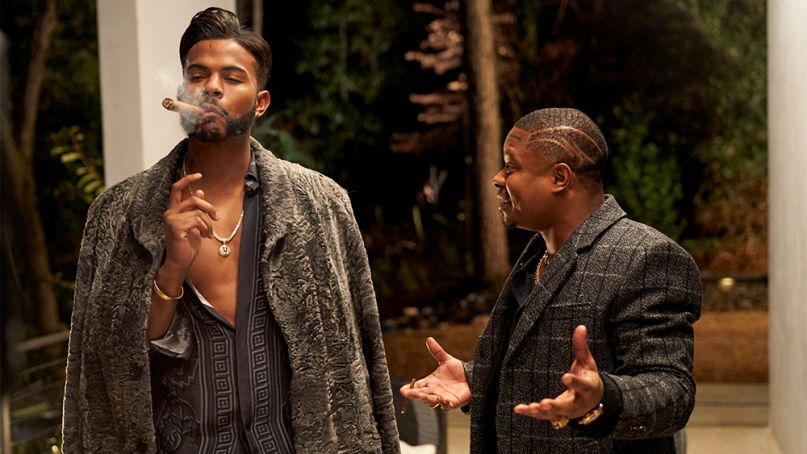 Remake culture has transcended itself. Recycling recognizable properties into whatever’s test-screening well at the moment was a studio gambit that not only paid off, but irrevocably changed the ways in which artists work. John Carpenter’s The Thing and David Cronenberg’s The Fly are early remakes that endure due to their ability to elevate the originals in terms of special effects, while also investigating how their stories reflected the modern environment. Now, remake culture has taken on an even more cerebral approach — Steven Soderbergh (Ocean’s 11), Noah Hawley (FX’s Fargo) and Peter Berg (Friday Night Lights), among others, have proven that good art can emerge from iconic material by balancing the innate exploitation with an investigation into its very essence. Hawley, especially, has proven with his Fargo TV series that it’s not about telling the same story, so much as embracing a milieu. Everybody wins this way. The source material’s legacy remains intact, while its essence serves to inspire new stories.

Superfly, the debut feature of Director X (née Julien Lutz), functions similarly. It borrows plenty from Gordon Parks Jr.’s 1972 blaxploitation classic Super Fly, from the names and archetypes of its core characters to its tale of a coke dealer, Priest (Trevor Jackson), whose plan to ditch the business after one final score is muddied by friends, foes, and some dirty-ass cops. But where the original presented a gritty, often bleak portrait of societal and institutional racism, X ushers it into a realm of pure, gilded fantasy.

That’s not to say X isn’t also touching on modern-day issues of police brutality, gang violence, and institutional corruption, but that he’s doing it in a way which acknowledges the 24-hour news cycle, as it indulges in the blessed catharsis that comes with clear-eyed justice. Unlike its predecessor, ambiguity and moral complexity are more or less nonexistent here. Priest’s desire to leave the life isn’t motivated by systemic issues, but rather his desire to, well, not die. A running theme in Superfly is built around how one bad apple can spoil an entire bushel, and how, in the realm of organized crime, the pettiest of personal issues can topple an entire organization. Priest differentiates himself from his colleagues by refusing to rely on violence as a negotiating tactic or adorn his firearms in the ostentatious manner of rival gang Snow Patrol, who take up silly white-and-gold machine guns.

Superfly is, by and large, an action thriller in the mold of the Fast and Furious franchise, setting ridiculous, fist-pumping action sequences against the decadent spectacle of a rap video. Hip-hop has a long history of flaunting an absurd, orgiastic vision of success, and X, the eye behind some of Drake and Rihanna’s best videos, uses it here to cultivate an alternate reality where excess is simply a given. Hilariously, it’s not a party in the world of Superfly unless cash is literally raining from the skies. The glitz, the drinks, the fashion, the action — each is in step with the next. The excess extends to the sex as well; Priest lives in a comfortable polyamorous relationship with Georgia (Lex Scott Davis) and Cynthia (Andrea Londo), and although their inevitable threesome is as softcore as they come, you can’t say that it doesn’t suit the milieu.

We’ve reported more on Future’s soundtrack for Superfly than we have the film itself, but there’s a reason for that. Curtis Mayfield’s soundtrack for the 1972 original has more or less eclipsed the film itself at this point, as Mayfield’s brilliance was augmented by the songs’ of-the-moment insight into black culture. By recruiting Future, a native Atlantan, and setting his film in our country’s trap capital, X makes a strong statement about the grander implications of the scene’s music in popular culture. If Super Fly‘s funk-laden Harlem was a hotbed of black cultural innovation in the early ’70s, it’s X’s view that Future’s Atlanta is now breeding some of the country’s most vital art; when you look at the likes of Zaytoven, Migos, Rae Sremmurd, and obviously Donald Glover, that’s hard to argue. X also populates the world with some of the city’s most enduring rap legends, from Big Boi, who plays Atlanta’s philandering mayor, to Rick Ross, whose own mansion serves as a shooting location. Although it doesn’t factor into the plot, the city’s culture fleshes out the world, and X, a music industry veteran, knows how to wield Future’s kinetic work in ways that exemplify both the action and emotion.

Not that X strains himself in the pathos department. Priest’s polyamorous relationship is refreshingly drama-free, and his friendship with cohort Eddie (Jason Mitchell) is painted with broad strokes. More effective is the complicated mentor/mentee relationship he has with old hand Scatter (Michael K. Williams), who provides some of the film’s most satisfying pathos. Jackson, meanwhile, is tasked with little more than exuding a crafty confidence. The actor is bold and charismatic, but too often he feels more like a vessel for narrative than an actual character, never quite achieving the level of rage or complexity that Ron O’Neal previously brought to the role. That might be because, unlike O’Neal’s two-timing, coke-snorting dealer, Jackson’s Priest is more hero than anti-hero, wise beyond his years and never, ever wrong.

As such, Superfly doesn’t surprise in terms of its storytelling. Aside from a few jolting sequences — a dreadful traffic stop involving an abusive white cop (Brian F. Durkin), for example — X’s movie unfolds like any number of straight-to-VHS action flicks from the ’90s. But, as was the case with the majority of blaxploitation films, the original Super Fly’s appeal wasn’t in its story so much as the ways in which it carved out an unapologetically black vision that served to capture a particular era in terms of its themes, music, and fashion. X has done that here, but he’s also crafted a crowd-pleasing summer blockbuster that will appeal to the modern filmgoer. What else do you want from a remake?