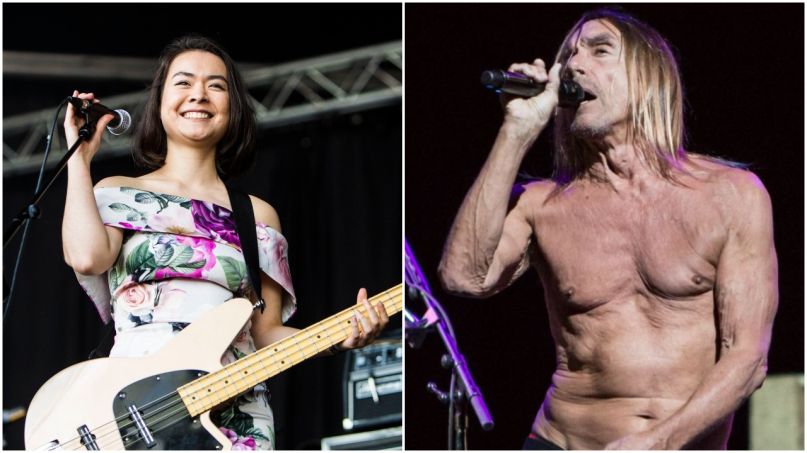 As if you needed any more reason to love Mitski, Iggy Pop thinks she’s “going places.” On his BBC 6 show yesterday, the rock legend gave her his gravel-voiced approval to the bassist, calling her “probably the most advanced American songwriter that I know.” That’s some good timing for Mitski, who’s set to release her fifth LP, Be the Cowboy, later this summer.

“[T]his young woman is really really really… she can do whatever she wants,” Pop continued. “She writes and sings and she plays too; her name’s Mitski.” He then cued up “My Body’s Made of Crushed Little Stars” from 2016’s Puberty 2, one of our favorite records of 2016. Hopefully he’s dug in deep enough to hear Bury Me At Makeout Creek, which might be just as good.

(Read: Where Have All the Indie Rock Bands Gone?)

Pop also showed some love for Justin Vernon, a.k.a. “the Bon Iver guy,” remarking that he’s in the same league with Mitski in terms of songwriting. What, no love for Oneoftrix Point Never?

Mitski was, understandably, delighted by Pop’s comments. In a Facebook post with the clip, she wrote, “I wish sound were tangible so I could put a chain through this and wear it around.” See the post, as well as a clip of Pop discussing Mitski, below.

Mitski is currently touring with a series of solo dates; a massive North American tour in support of Be the Cowboy kicks off this fall. See the full list of dates here.