Other nominees include Donald Glover, Bill Hader, Rachel Bloom, and Ted Danson, among others 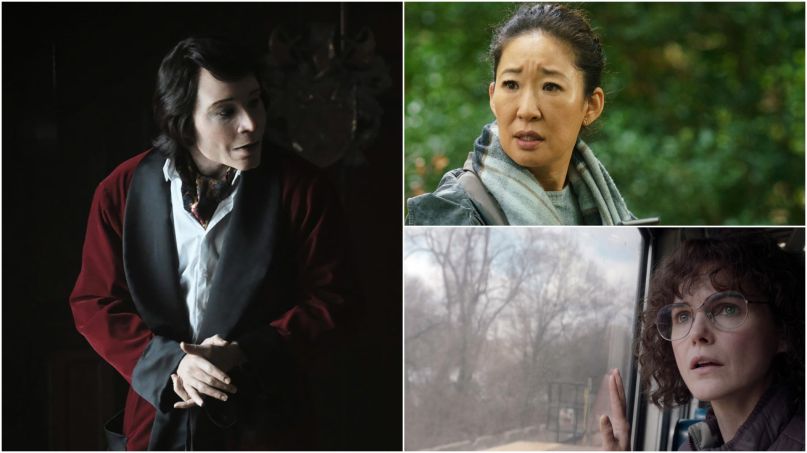 This morning, the Television Critics Association announced the nominees for the 34th Annual TCA Awards, which will celebrate the best of the 2017-2018 television season. Fittingly for a network that recently, and largely simultaneously, aired two of the best shows of the century so far, FX leads the pack with 10 overall nominations. BBC America’s freshman hit Killing Eve racked up the most nominations for an individual series, including nods for stars Jodie Comer and Sandra Oh.

The TCA splits its individual awards into the categories of comedy and drama, but does not divide them by gender. As such, this year’s roster sees The Americans stars Matthew Rhys and Keri Russell nominated in the same category, while Consequence of Sound’s 2017 TV Performer of the Year, Rachel Bloom, is in a lineup that also includes The Good Place’s Ted Danson, and Donald Glover, who won the category in 2017. 2018 also marks the first year for a new category, Outstanding Achievement In Sketch/Variety Shows; nominees include Full Frontal with Samantha Bee and Last Week Tonight with John Oliver, among others.

One surprise: the single nomination for Showtime’s Twin Peaks: The Return, in the category of Outstanding Achievement in Movie or Miniseries. Other surprising showings include shutouts for both HBO’s Westworld and AMC’s critically-acclaimed (and dearly departed) Halt and Catch Fire.

The August 4th ceremony is set to be hosted by Robin Thede, of BET’s critically acclaimed series The Rundown with Robin Thede. Nominees (and later winners) are selected by the organization’s membership, which consists of more than 200 professional TV critics and journalists from throughout the U.S. and Canada. The awards take place during the 2018 Summer TCA Press Tour, running from Wednesday, July 25th through Wednesday, August 8th.

Read the nominees below. The winners of the Career Achievement and Heritage Award categories will be announced at a later date.

OUTSTANDING ACHIEVEMENT IN NEWS AND INFORMATION

OUTSTANDING ACHIEVEMENT IN MOVIE OR MINISERIES

PROGRAM OF THE YEAR

Editor’s Note: TV Editor Allison Shoemaker is a voting member of the TCA.