Plus, lengthy chats on Killing Eve, The Americans, and The Handmaid's Tale 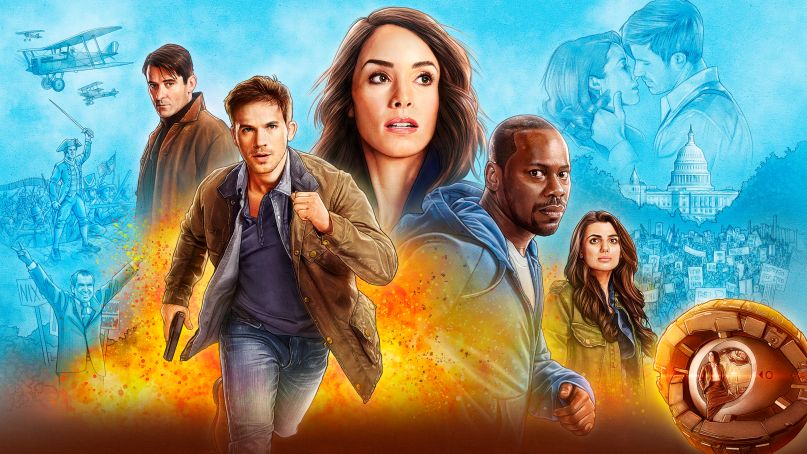 Clint’s been temporarily displaced from time, so this week Allison is joined by co-pilot Kate Kulzick (and special guest Carly Lane, contributing editor for Syfy Fangrrls) to talk about the stellar season two of Timeless! NBC’s time-travel adventure show just finished a rip-roaring, entertaining sophomore season after being barely rescued from cancellation, with all the history jokes and fetching period costumes you can shake a stick at.

In the wake of its jaw-droppingly delicious season finale, our resident Clockblockers dig deep into their favorite episodes of the season, the MVPs of the show, and Carly’s incredible Syfy Wire piece on how the show (along with perennial TV Party fave Outlander) explores historical witch-hunts. So, strap in, steal some petticoats from a clothesline, and zip through Timeless with us – along with more renewal chat, and discussions of The Americans, Killing Eve and The Handmaid’s Tale.

Hey, NBC. #RenewTimeless, would you please?

1:16:19 – Favorite Episodes:
Kate: “The Day Reagan was Shot”/”The General:
Carly: “Hollywoodland”/”The King of the Delta Blues”
Allison: “The War to End All Wars”/”Chinatown”