’90s horror anthology Tales from the Hood is getting a sequel 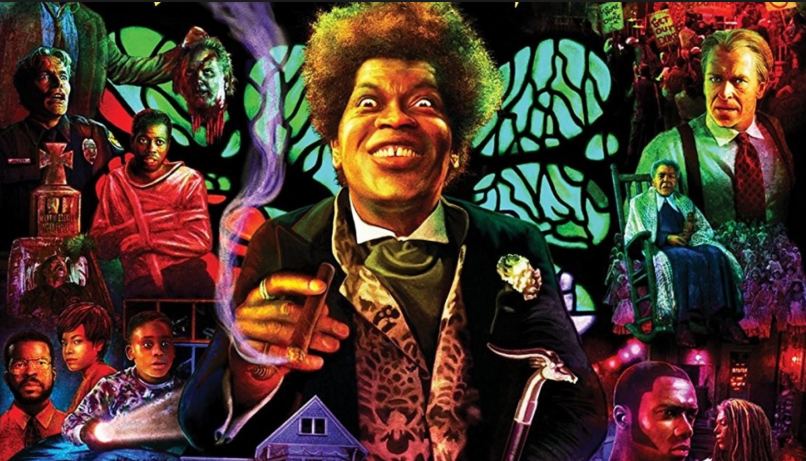 Tales from the Hood

Anyone who grew up in a Blockbuster Video throughout the ’90s surely saw Rusty Cundieff’s horror anthology, Tales from the Hood. There was creepy Clarence Williams III haunting an ol’ funeral parlor; Major League hunk Corbin Bernsen getting eaten by dolls for being a racist; and, yes, Tom Wright essentially revisiting his Creepshow 2 role as an unstoppable, all-seeing zombie. In short, it was pulpy, terrifying stuff.

Now, nearly 23 years after the original was released, it’s finally getting a sequel. As Birth.Movies.Death points out, Cundieff’s been rather forthcoming about the project on his Twitter account. In addition to teasing fans with one of those aforementioned dolls, he’s gone ahead and confirmed that veteran actor Keith David (The Thing) has a major role and original composer Christopher Young is back.

At studio of master film composer Christopher Young who did the score for Tales From The Hood 1 And has lended his awesome talents to the opening score for #TFTH2!!!! He collects Jack’o lanterns among other cool things. pic.twitter.com/KmKX2k2G89

Reportedly, David will be filling in for Williams III’s devilish mortician (excellent) and principal photography has already wrapped (bonus), meaning we could see this sequel out in theaters in time for Halloween. Seeing how this country’s currently being torn apart by all sorts of racial tension, there really is no better time than now for another Tales from the Hood, and we’ll be there opening night.

In the meantime, revisit the trailer below: