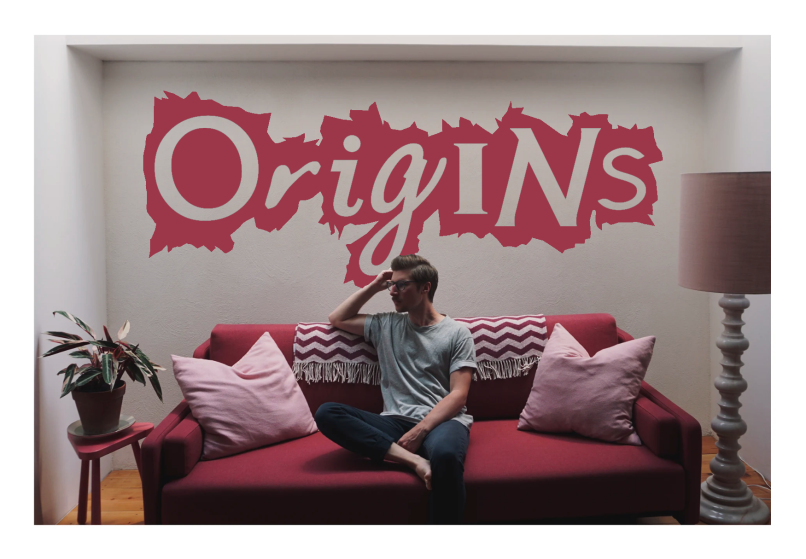 Origins is a recurring new music feature that finds an artist exploring the numerous inspirations behind their latest track.

Jamison Isaak has a deep discography, having released under the project monikers Teen Daze, Two Bicycles, and Pacific Coliseum. His most initimate releases, however, have appeared under his own name. Isaak released his EP1 back in February, and on May 25th he’ll return with its follow-up, the aptly titled EP2. In anticipation of the release, he’s today sharing a new track called “Us”.

EP2’s tonal world is “a quiet exploration of music,” and the word exploration is certainly an appropriate one. “Us” explores repetition, finding endless variations in a few simple refrains, creating a warm swell that reaches a point of almost jubilant complexity before easing in the opposite direction again. “I’ve never written a song like this before,” Isaak says of “Us”, describing the process through which a simple loop became something unshakably human:

“[It’s] a song that I wrote one evening, which is strange for me, because usually a lot of my creative work happens before noon. Whether or not that had an effect in and of itself is beyond me, but I will say this: I’ve never written a song like this before. As you’ll see in the five [Origins] examples I’ve chosen, ‘Us’ is an exercise in repetition. While experimenting with some piano samples, I wrote the first loop that you hear (that continues throughout the song) and slowly began crafting more and more melodies on top of it. Creating music on a computer is a great way to accomplish this type of arrangement, but it’s also very easy to have the human element be forgotten in the process. I wanted to have rhythms move in and out of the song while ultimately building to a climax. My wife tells me that this song is one of her favourites, because it ‘feels like a scene in a movie, where someone is shown running to a scene where they confess their love to another character.’ I couldn’t agree with her more.”

Check out the track below.

For more on how the track came to be, Isaak has dug into its Origins — five songs that influenced its creation creatively, technically, and emotionally.

Nils has been a source of inspiration for me since I first heard his music, let alone the first time I saw him perform live. His ability to translate his unbelievable technical prowess into something that is so accessible is truly remarkable. I think “Said and Done” is one of the best examples of this dialogue between technicality and melody; as you can see in this clip, the physicality that it takes to perform a piece like this is impressive. But it’s not just the physicality or the difficulty to perform that makes it engaging. He’s tapped into something that I admire greatly in music: the beauty that can exists in repetition.

I’ve been a fan of Brian’s music for years now, and it’s been incredible to see him grow since I first heard his LP, Inner Hue.  I think that Tongue, his latest LP (that features “Verso”), may be his best work to date, and “Verso” is one of the most captivating songs on the record. A theme that you’ll see coming up in these songs I’ve chosen is the power and beauty that can exist in repetition, and this song is an amazing example of that. The way it unfurls over the five or so minutes is really something incredible.

I’ve spent a lot of time with Mike’s music over the last eight or so years, and the two records I find myself revisiting the most are Exercises and Music For Objects.  I think the reason these two albums stand out to me is because of how they subverted my expectations; I loved (and still do love) Continent (an album filled with songs that are perfect for a sunset DJ set), but when these two records came out, I was thrown for a loop. Glass, which appears on Music For Objects, finds a perfect balance between sophistication (or almost like an intellectual exercise in trying to keep up with the arrangements), and melody. I hear it as a pretty fun, catchy song, as complex as the rhythms and arrangement may be, and I can say from experience, that’s a difficult thing to achieve.

Another example of repetition, and small movements in the melodies, making a big change. Yoshimura excelled in this, and so much of his discography is an example of this, but this song especially stands out to me. Again, while this is a minimal piece, it never sacrifices melody or feel.

Pretty much everything that I’ve written about these songs can be applied to, and probably traced back to, Steve Reich.  There’s not much I can say that hasn’t already been said about him.  All I’ll say is that he has set a very high standard for people wanting to make minimal, forward-thinking, beautiful music, and it’s an incredibly inspiring standard to try and meet.