Here’s another trailer for another Robin Hood movie: Watch 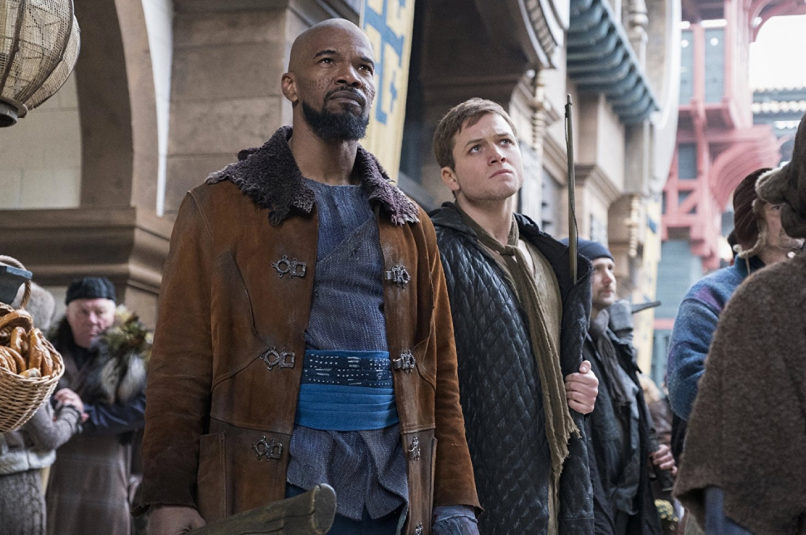 There’s this joke amongst nerds about how Green Arrow is just Batman if he were Robin Hood. Well, now we get to see what such an amalgamation would actually be like, as it looks like the latest adaptation of the English folk hero who steals from the rich and gives to the poor is pretty much that.

Robin Hood comes from director Otto Bathurst (Peaky Blinders, “The National Anthem” episode of Black Mirror) and stars Taron Egerton (Kingsman: The Secret Service) as the titular Robin of Locksley and Jamie Foxx as “his Moorish commander,” Little John. As the first trailer for the film reveals, first-time writers Ben Chandler and David James Kelly have tried to spruce up the classic story for 2018 audiences by essentially making Robin Hood a masked vigilante instead of a bare-faced rebel.

Specifically, Robin is part of the elite society he wants to dismantle, even going so far as to put a bounty on his own head in order to protect his identity. Through training under Foxx’s John, he looks to incite a revolt against the crown, something that plays out like a street protest turned violent with molotov cocktails being tossed by bandana-wearing dissenters. Oh, and there’s a tank.

It’s understandable why Hollywood would want to revitalize such a fertile property for modern cinema-goers, but the Robin Hood story was really nailed in the ’90s (and ’70s, in animated form). This latest one feels like a bit of a “gritty” bastardization, but you can judge for yourself by watching the teaser below.

Robin Hood targets theaters on November 21st. It also stars Ben Mendelsohn as the Sheriff of Nottingham, Eve Hewson as Maid Marian, Tim Minchin as Friar Tuck, and Jamie Dornan as Will Scarlet.