Florence and the Machine, Ryan Adams perform on The Voice: Watch 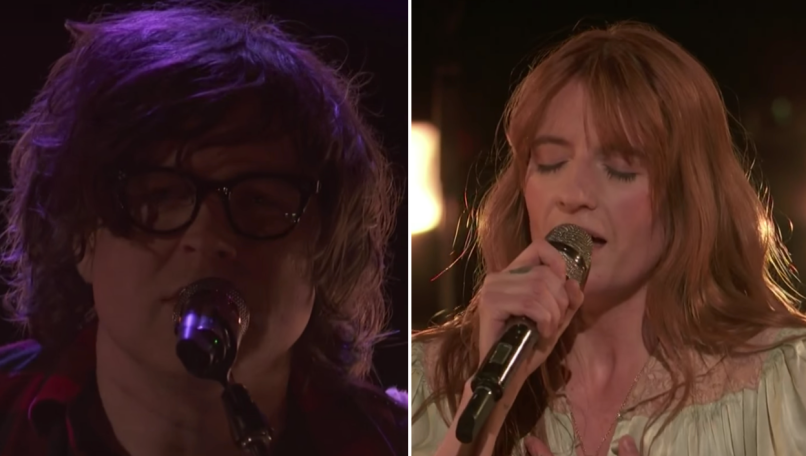 Ryan Adams and Florence & The Machine on The Voice

NBC’s The Voice is more of an incubator than a concert hall, but tonight’s season 14 finale pulled out all the stops. Guest performers included a host of exciting names, from Halsey and Big Sean to Florence and the Machine and Ryan Adams.

Just as they did on Fallon last week, Florence Welch and her troupe performed “Hunger”, a new single from the band’s forthcoming High as Hope, which is slated for release on June 29th via Republic Records.

Adams, meanwhile, joined finalist Britton Buchanan (of Team Alicia Keys) for a rendition of “To Be Without You” from last year’s fantastic Prisoner. Adams, who covered Exile On Main St. at a Rolling Stones tribute concert earlier this month, has been teasing a new album on social media.