The Bluths are officially back on Netflix come May 29th 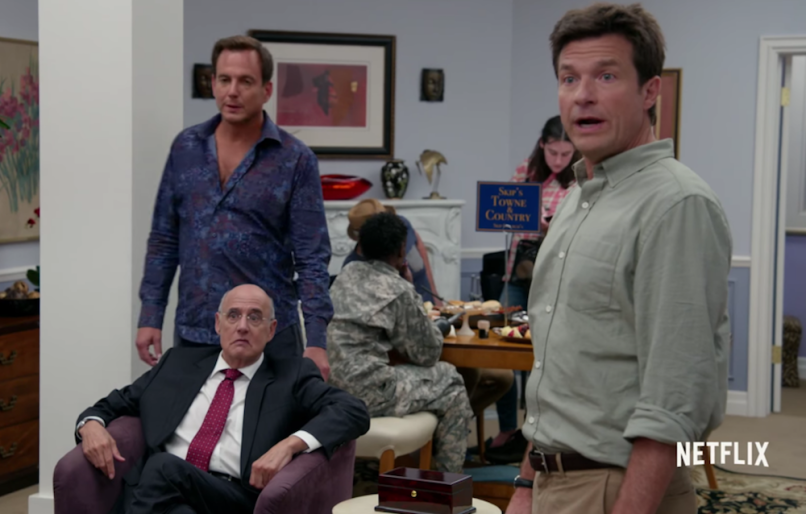 The first trailer for Arrested Development’s fifth season has arrived. It also confirms that the new season will premiere on Netflix in just a few weeks on May 29th.

Although five years have passed since the last season, much of the Bluths’ antics and ridiculous family dynamics have remained the same. The trailer features timeless old references (Tobias being a Never Nude, Buster’s monster hand), but also offers plenty of new storylines for the upcoming season. Apparently, Lindsay’s decided to run for Congress (“I want to be part of the problem”) and the Bluths are finally being recognized as “Family of the Year” — an award they’re technically giving themselves.

Don’t make a huge mistake like Gob and watch the trailer below.

The fifth season marks a return to form for the rebooted cult TV series. Not only is the entire cast — that’s Jason Bateman, Michael Cera, Portia de Rossi, Jeffrey Tambor, Tony Hale, Will Arnett, David Cross, Jessica Walter and Alia Shawkat — back to reprise their roles, but, as the trailer shows, the formatting of each episode will be structured much like the original broadcast series. If you’ll recall, due to scheduling conflicts on the part of the cast, season four was less of a family affair, with most of the episodes dedicated to just a few characters at a time.

Tambor’s return as George Bluth, Sr. is also worth noting. The Emmy-winning actor has been under scrutiny following accusations of sexual misconduct on the set of Amazon’s Transparent. He was officially fired from the show earlier this year.

Just last week, a new “remixed” version of season four of was added to Netflix.