Addressing recent rumors, Fey remarks, "We're trying to think of a way to do something" 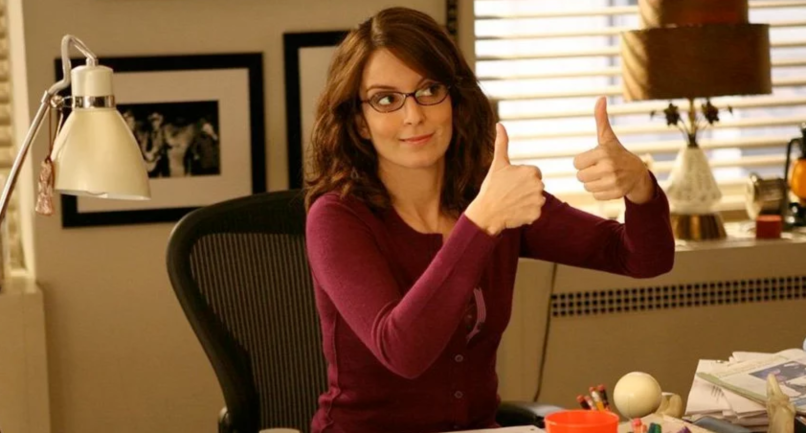 For a show that started as Tina Fey’s riff on her experiences as a tenured veteran of Saturday Night Live, 30 Rock did extremely well at becoming a TV comedy classic in its own right. The show’s seven-season, 138-episode was packed to the brim with brilliant comic performances, A-list cameos galore, and an endless volley of one-liners that would go on to constitute so many dating app profiles. It’ll live forever in syndication after breaking the ever-important 100-episode mark, but 30 Rock may not yet be finished, in one form or another.

During a recent appearance on The Tonight Show Starring Jimmy Fallon, Fey was asked about the ongoing rumblings of a 30 Rock revival, Fey essentially confirmed that she’s brainstorming ideas for a revival: “Here’s what I’ll say. We were on the red carpet for the Broadway opening [of Mean Girls] and someone was like, ‘Would you ever do a 30 Rock reboot?’ And I was like, ‘Maybe.’ And, like, a little bit of that is on me. I must be so thirsty for Internet attention [that] I was like, ‘Maybe.'”

Fey went on to note that it won’t be an outright reboot of the show, “because that would be too easy,” and that “We’re trying to think of a way to do something.” With the show’s other stars having offered their own interest in bringing the freewheeling comedy back, and branded entertainment being the buzzword of the moment, it wouldn’t be hard at all to imagine NBC bringing the show back. (The successful revivals of Roseanne and NBC’s own Will & Grace only further push this point.) It seems like any movement on the 30 Rock front is still in its infancy right now, but don’t be surprised at all if we haven’t seen the last of Liz Lemon just yet.