The Tallest Man on Earth unveils new song “Somewhere in the Mountains, Somewhere in New York” and video: Watch

The second installment in his ongoing multimedia project, When the Bird Sees the Solid Ground 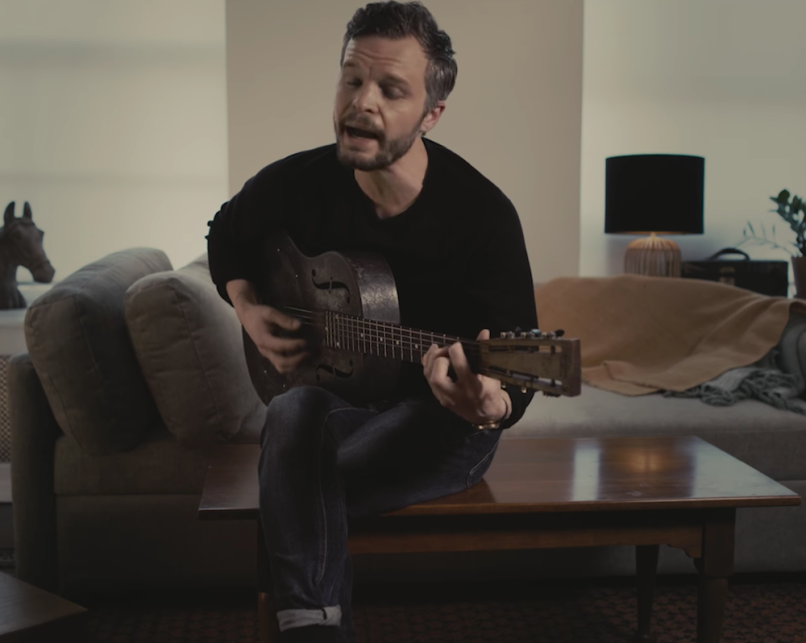 The Tallest Man on Earth

Last month, The Tallest Man on Earth’s Kristian Matsson announced When the Bird Sees the Solid Ground, a multimedia project comprised of five new audio/visual components. Already, the Swedish troubadour has unveiled the first installment, the soothing song and clip for “An Ocean”. Today, he’s returned with the follow-up.

The second part of the series is called “Somewhere in the Mountains, Somewhere in New York” and finds Matsson reflecting on past tribulations and the importance of acceptance and adaptability. The folk singer-songwriter elaborated to NPR:

“For most of my career, I’ve written songs and saved them up in notebooks and voice memos. I’d record some of those songs, and then wait a half a year for them to be released. It all seemed very separate and compartmentalized and that’s always struck me as a bit unnatural. Even though they were abstract and maybe naive, they came from reacting to things happening around me in the moment.

Of course what those moments are change as we get older and so does how we process them. “Somewhere in the Mountains, Somewhere in New York” is about learning more and more about gratitude for positive things in life, big and small, and how to accept life’s changing nature, to snap out of fear of change and new challenges. But there are moments when being reasonable is not on the map; “I don’t want this to happen, please.” This is a song that is a snapshot of a moment like that and was written and recorded in just a couple of hours.”

Like its predecessor, both the track and visual are calming in nature — there’s just something about Matsson belting his heart out from the comfort of his own home that’s so cathartic and human.

Check out the video below, followed by the actual studio version of the song via Apple Music and Spotify.

The rest of When the Bird will be gradually unveiled over the course of the rest of the year. Matsson will take these new tunes across North America and Europe later this year; find his full touring schedule here.