Morrissey: “The modern Loony Left seem to forget that Hitler was Left wing!” 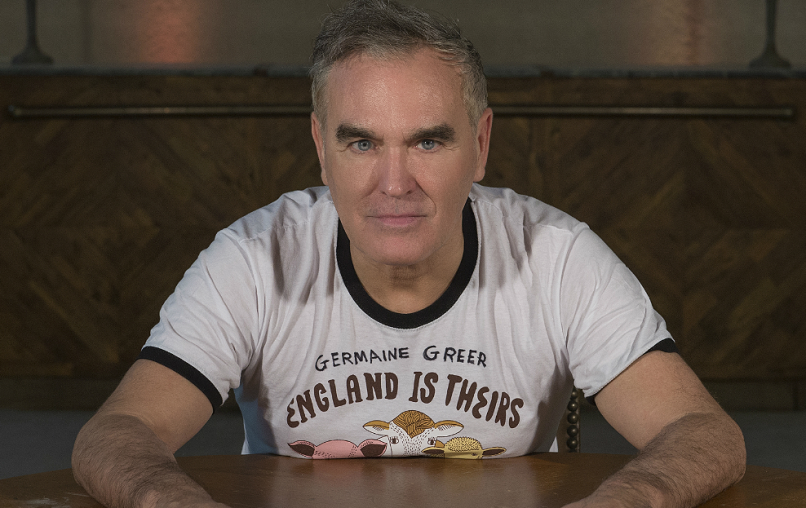 Morrissey’s mouth has gotten him into plenty of trouble lately, whether he’s discussing politics or sexual assault. The grousing singer-songwriter declared he’d never give another print interview after claiming Germany’s Der Spiegel twisted his words to seem like he’d defended sexual misconduct by the likes of Kevin Spacey and Harvey Weinstein. Der Spiegel then released audio proving there was no twisting and that Moz simply had troublesome opinions, something he’s proven once again in his latest interview.

This time around, Morrissey spoke to his very own website, so it’d be hard to accuse anyone of misquoting him here. Which isn’t a good thing, because he comes off as rather ignorant and frankly bigoted. Take the revisionist history he brings up when asked about the accusations of racism that have plagued his career, in which he refers to the old “Hitler was a socialist” fallacy:

“And as far as racism goes, the modern Loony Left seem to forget that Hitler was Left wing! But of course, we are all called racist now, and the word is actually meaningless. It’s just a way of changing the subject. When someone calls you racist, what they are saying is, ‘Hmm, you actually have a point, and I don’t know how to answer it, so perhaps if I distract you by calling you a bigot we’ll both forget how enlightened your comment was.'”

Okay, Moz, you do have a point, but you’re also demonstrating massive amounts of institutionalized racism and patently false facts. Or do you believe the Democratic People’s Republic of Korea is actually either Democratic or a republic? Just because the Nazis were the National Socialist German Workers’ Party doesn’t mean they were actually for socialism or workers; it’s called propaganda marketing.

He continued spouting ridiculous rhetoric when he started down his “meat is murder” line of thinking. While it’s true that kosher and halal slaughterhouse often ignore religious and legal rules about humane practices, Morrissey took it a step too far by essentially calling them terrorists. “If you have any concern for animal welfare, for example, you cannot possibly vote for either Conservatives or Labour, because both parties support halal slaughter, which, as we all know, is evil,” he said. “Furthermore, halal slaughter requires certification that can only be given by supporters of ISIS, and yet in England we have halal meat served in hospitals and schools! UK law is pointless!”

Perhaps unsurprisingly, the one political party Morrissey does seem to support is the newly established For Britain, which was started by anti-Islam activist Anne Marie Waters. He even took shots at London’s Muslim mayor, Sadiq Khan, mocking him for his accent:

Remember: This discussion was with a sycophantic interviewer named John Riggers for Morrissey Central. No misrepresenting Morrissey’s words here.