El-P defends Killer Mike after NRA controversy, says he “will not ever turn my back on this man” 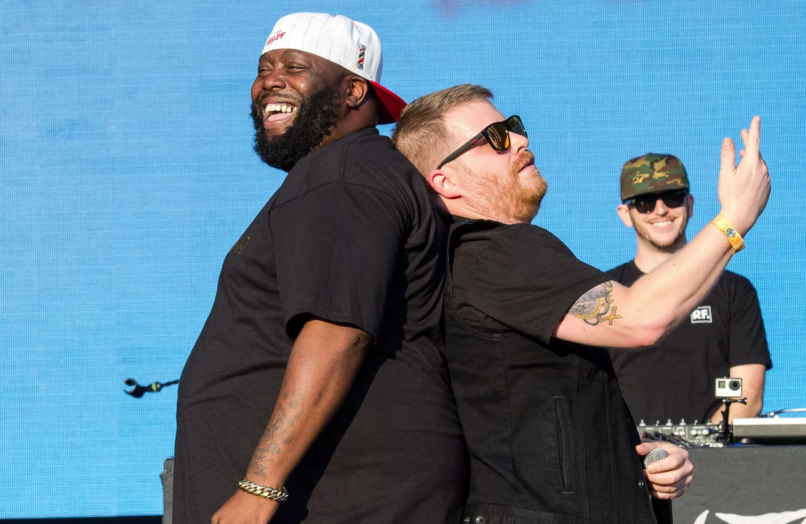 Killer Mike found himself at the center of a political controversy over the weekend following an interview he gave to NRA TV. Posted just a few days before this weekend’s March for Our Lives, the clip saw Mike supporting the Second Amendment while appearing to take issue with the protests. He has since issued an apology and clarified his stance, and now his Run the Jewels cohort El-P is coming to his defense.

In the second half of a two-part statement posted to Twitter, El-P commended Killer Mike for sticking to his beliefs even when they contradict with his own. “I don’t drop friends from my life because I disagree with them or the way they went about getting a message out, even [if] it goes wrong,” he wrote. He went on to speak with esteem about his rap partner’s passion, even if it sometimes get him in trouble:

“And yet he’s a person. He stumbles and he makes bad decisions sometimes and he doesn’t always get his messages across or even protect himself and I wanna fuckin’ strangle him cause its so stressful to watch when it could have been avoided.

But the fact is Mike is something I and many of you KNOW consistently and ferociously tries to bring some light and love to this world. You simply can’t deny that. So while I’m bummed at the way this unfolded, I will always fuck with him.”

The first part of the note found El-P expressing his own support for the youth-led #Enough movement. “… These people have earned your/our ears and they have earned it the hard way,” he wrote. “They are telling us we have to change. We can not dismiss that.” He also appeared to take aim at the NRA, calling out “any organization that opposes, slanders, or seeks to discredit” the voices behind the March for Our Lives: “We aren’t on the same ‘side’, as I believe that any ‘side’ that looks at empathy as a weakness and change as a threat can not be connected to the human spirit and therefore can not be just.” [sic]

Killer Mike responded by retweeting the note, adding, “I am so humbled to be your friend, brother & group member. I am so grateful to have an ally always. I apologize for my bull in a china store like tendencies!”

Read the note in full below.

2 things i need to say. pic.twitter.com/q8GrxQeWPs

I am so humbled to be your friend, brother & group member. I am so grateful to have an ally always. I apologize for my bull in a china store like tendencies! I drive u nuts but i promise u I love ya brother & will always do what’s right. Thank u for your underserved suffering https://t.co/VwOyCcVkls